For the first time this World Cup, we got an official water break in the searing heat of Fortaleza.

It ended up burning Mexico.

According to Netherlands coach Louis van Gaal, he took advantage of the stoppage in play with 15 minutes to go in the match by changing tactics to what he called “Plan B.”

Speaking in the post-match press conference, van Gaal told reporters he instructed his strikers to push farther up the pitch and take long-balls from the back.  That’s exactly what happened: 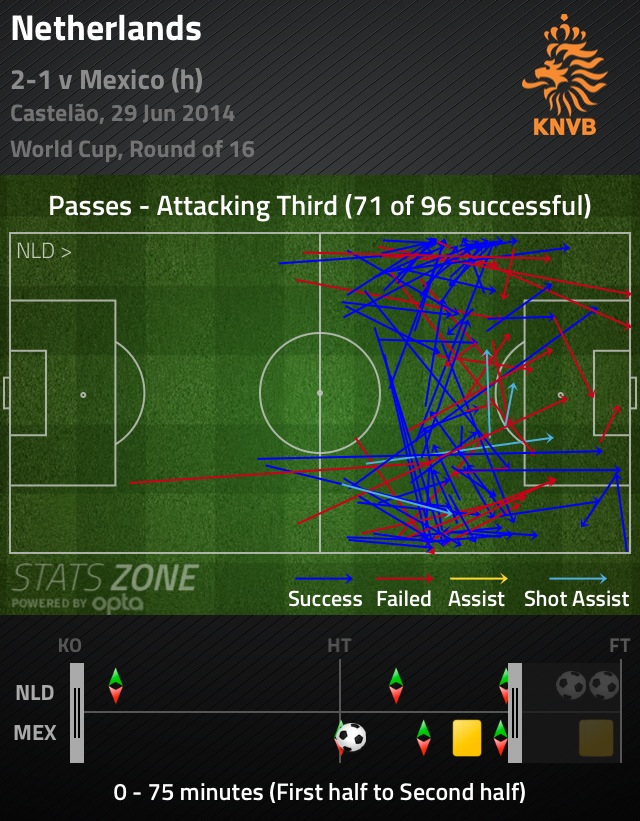 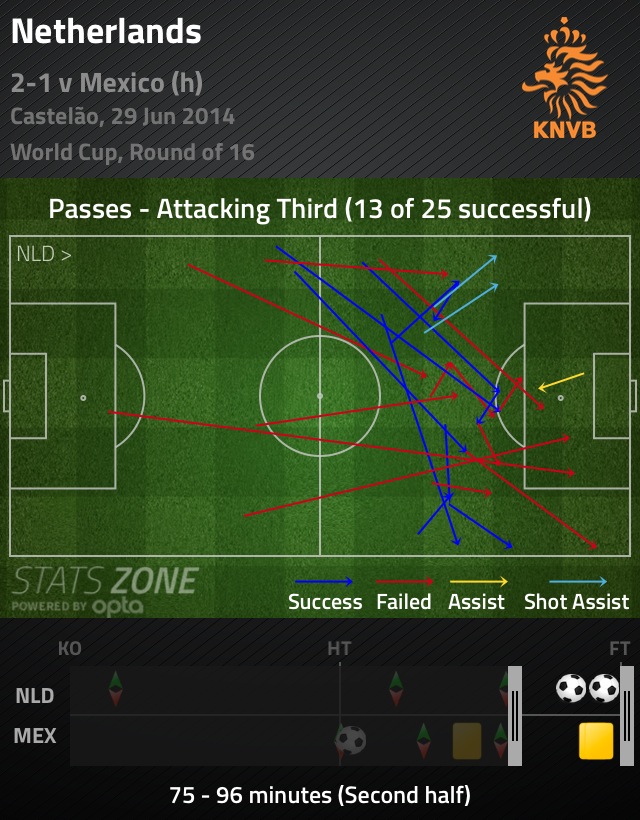 As you can see, there were plenty more balls hoofed forward from the midfield and back in the final 15 minutes after the water break. Van Gaal used the break in the action to dramatically change how his team was playing, and there’s no arguing that fact.

But is that really a big deal? Opinions seem to be split on the idea.  On one hand, tactic changes happen all the time during the course of a match. Look no further than the United States squad, where Jurgen Klinsmann told the media he hates talking about formations because he changes shape and tactics multiple times during a match.

However, it’s hard to argue with the value of being able to essentially hold a timeout during play, allowing a manager to collect his team and speak to them all at once in a huddle.

The media was split on the issue:

The other point here that’s lost is that Miguel Herrera had equal time to speak with his team, and he also changed tactics.  He had brought off Giovani dos Santos just 10 minutes earlier for a defensive midfielder in Javier Aquino, and after the water break Mexico sat back and looked to cling to its 1-0 lead.

Unfortunately, that decision backfired when the Netherlands began heaving passes and players forward.  So, despite the ability for Van Gaal to swap his tactics, it’s not exactly an advantage for the Netherlands given both teams had the same opportunity.  However, it became a talking point when the Netherlands made a positive change and Mexico incorrectly sat back.

In that way, Miguel Herrera was simply outcoached by Van Gaal, a matter that is inescapable, but complicated by the ability for the Dutchman to make the switch.

Do you believe water breaks are a dangerous change to how managers approach the game? Or do you think they’re a necessary switch to keep the players safe?