Brazil was embarrassed by Germany.

In their 7-1 World Cup semifinal defeat, an entire country’s soccer dreams were more than shattered, they were brutally murdered without regard for the emotions of a country already suffering.

The defeat was so bad, the winning team felt the need to apologize to the host nation.

The defeat was so bad, the fans turned on their beloved team, hurling the only thing handy at the team bus as it traveled through Belo Horizonte – oranges.

First, it’s important to remember, we’re not ranking upsets or surprising victories. Germany is a machine, and according to many, Die Mannschaft was the favorite to win today. Just because a game results in an upset doesn’t make it the epitome of humiliation.

“Embarrassing” is the key word. What makes a sports loss shameful? Let’s dive right into where this game ranks in the top 10 most ignominious sports defeats of all time. Trust me, it’s on the list.

Mike Tyson didn’t just defeat Michael Spinks, he humiliated him. A former gold medal winner and was an undefeated 31-0 at the time, so this was no pushover fight. It was billed as “Once and For All,” supposed to be a historic event. It was, sort of.

Tyson knocked out Spinks in 91 seconds, knocking him down twice – the first two times Spinks had been knocked down in his professional career. The loser landed just two punches in his short time in the ring.

For the richest fight in history at the time – a $20 million purse and $70 million gross – it was a letdown for the ages, and one that doesn’t rank in historical fights, mostly an afterthought thanks to the disaster Spinks put out in the ring. The favorite won, but it’s the manner of victory that puts it on this list. He retired a month later.

The defending champions France entered the 2002 World Cup on quite a high and with a powerful squad.  With world-class striker Thierry Henry alongside French legend David Trezeguet, along with Patrick Viera and other big names, it was a force to be reckoned with…or so we thought.

Instead, the opening match of the 2002 tournament left a wound that the French never recovered from. A 1-0 loss to World Cup debutantes Senegal proved lethal, as a goal from Lens striker Papa Bouba Diop sunk the French to one of the most shocking World Cup defeats, one they would never recover from as they finished last in Group A and departed in embarrassing style.

It didn’t help that Senegal’s manager at the time was a Frenchman, Bruno Metsu. The day of the victory was declared a national holiday in Senegal. 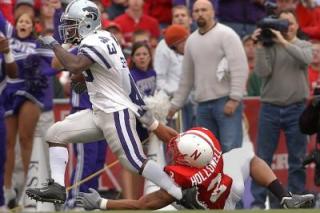 They were supposed to be the best college football team ever assembled. That’s what everyone said.

Darren Sproles and company spoiled the party in spectacular fashion. Oklahoma took the lead just 2:19 into the game with a long touchdown run, but it all fell apart from there.  All told, Kansas State plastered 519 offensive yards on the Sooners, and on the other end, Kansas State held the nation’s #1 scoring offense to just that opening touchdown. All told, given the expectations, build up, and margin of victory/defeat, this without a doubt fits the bill for all-time embarrassing defeat.

US sports fans have been flooded with the historic and heroic performance by the United States hockey team in the 1980 Winter Olympics in Lake Placid, but little is told about the losing side.

Consider the facts surrounding the game. The Soviets had won six of the previous seven gold medals. Vladislav Trektiak was the best goalie in hockey at the time. Boris Mikhailov was one of the game’s best attackmen. Viacheslav Fetisov is a Hall of Fame defenseman. The Soviets and Americans hated each other due to fallout from the Cold War. The Soviets nearly boycotted the Games.

Now consider the facts of the game. Trektiak was pulled after allowing a pair of first period goals. The US pressed the Soviets to the point of panic. The Soviet players never got their silver medals engraved with their names. It was a disaster by all accounts for the favorites.

Steve Spurrier’s Florida Gators came in hot, and they came in cocky. They ended up humbled, with Head Ball Coach declaring, “I’m embarrassed that we couldn’t make a game of it.”

The Nebraska Cornhuskers had a 3 points Vegas edge as well as the #1 team in the nation, but many people had the Gators as clear favorites. Danny Wuerffel was a lightning rod. For Florida, the plan was clear: pressure the option, let Wuerffel loose. Neither of those happened. Instead, Tommie Frazier was the one who busted out of the cage, delivering 199 yards on the ground, including “The Run” which took Nebraska just one point shy of 50. 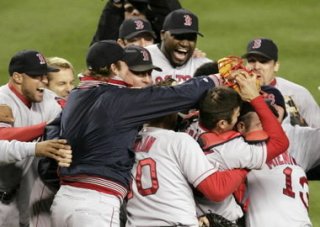 One of the greatest comebacks of all-time led the Red Sox past the Yankees on their way towards breaking the 1918 curse and winning their first World Series in 86 years. The Yankees, holding a 3-0 series lead, choked it away and with it the rivalry was renewed.

Dave Roberts’ steal of second base in Game 4 turned the tide permanently towards the Red Sox, and with their 12th inning win the Boston squad dominated the rest of the series like they were starting fresh. Having proven a dominating force in baseball the last two decades, the loss would begin a Yankees fall back to Earth that remains in effect today.

Oh god, they’re going to be on this list twice, aren’t they. Yep, they are.

Before Tuesday, this match was the most painful in the storied history of Brazilian soccer. Known as the “Maracanazo” or the “Blow at the Maracana,” Brazil fell to bitter South American rivals despite being massive favorites.

The Seleção came into the match (which was part of a “final group stage”) on the heels of 7-1 and 6-1 victories over Sweden and Spain. They had all the top players, including Jair, Zizinho, and Moacir Barbosa. Unfortunately, they were stunned, punished for sitting back after scoring the opening goal in the 47th minute.

It was so shocking of a result, and so embarrassing for the host nation, that goalkeeper Moacir Barbosa had a request turned down to commentate on a Brazilian game – in 1993, 43 years after the match. He received one of the Maracana goal posts as a gift for his services to his country in 1963, but he took it home and burned it. To say this result stung the players and fans alike is an understatement.

One of the most painful results in sports history, golfer Jean Van de Velde rubbished his chance at a first major by choking away the final hole at the British Open. Needing just a double bogey six to claim victory, he shanked a drive, hit a grandstand, traversed knee-high rough, found the beach, and hit into water all on his way to a triple-bogey that would send the match to a three-way playoff. Van de Velde would eventually lose that to Paul Lawrie, a man who was 10 strokes back at the start of play on the final day.

He chose driver off the tee, his first mistake needing such a score to win. He cranked it into the rough, and his second shot caromed off the grandstand and into the thick cut.  The third shot went into the water, and he took a drop for his fourth shot. His fifth found a green-side bunker, and he managed to go up-and-down for a triple-bogey seven from there.

Van de Velde’s collapse was so bad, his name had already been engraved into the Claret Jug. They don’t do that anymore.

Most Americans aren’t in tune with cricket, but much of the world is, and this past Ashes series was an epic disaster for England. The Ashes is a series played on average every four years (it often varies due to the uneven summers of the countries in opposing hemispheres). They play five test matches, and all five are played no matter if one team secures victory in the series before it’s over. 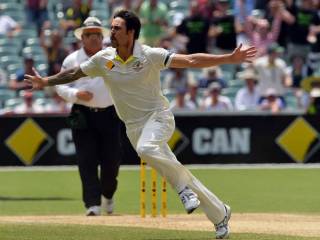 Much of the buildup to this series played into England’s hand. Australia was in a state of transition, having just changed coaches from Mickey Arthur to Darren Lehman.A number of legendary players had recently retired over the past year or two, including Michael Hussey and Rickey Ponting.

England, on the other hand, was a force. They’d won the last Ashes earlier that year (the first time the series had been played twice in the same year) by a 3-0 margin, with Australia just barely avoiding a whitewash thanks to two rain-assisted draws.

Unfortunately for the English, it all went wrong later that year. Australia blasted its way to a 381-run win in the first test at the Gabba, and England never recovered. The Aussies won each Test by at least 150 runs, as bowler Mitchell Johnson ripped through the English lineup of stars including Alistair Cook, Ian Bell, Joe Root, and Kevin Pieterson.  In the fifth and final Test, with England looking to avoid a whitewash, they flopped to a 281-run loss that was no contest.

The series has been played since 1882, and there have only been three whitewashes ever, including this one.

Call me reactionary, fine. This match every necessary ingredient to be considered the most embarrassing sporting event of all time.

It’s not that they lost to a bad team, or even a mediocre team. Germany was favored by many in this match, especially without Neymar or Thiago Silva. The disappointment and humiliation is in the atmosphere and the manner of defeat.  There, it trumps all else. 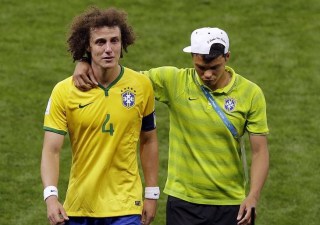 On Brazilian soil, with the team looking to avenge the pain of 1950 still lingering throughout, it all went horribly wrong. The concession of four goals in a six-minute span doomed the side, and it led to a shower of tears the likes of which we’ve never seen before.  The Germans sliced open a team clearly not prepared for their opponent and not up to speed on its technical ability and precision passing.

The Brazilian defense leaked worse than it ever has before, and the Germans were ruthless. For all the talk of losing superstar Neymar, the loss of Silva at the back arguably was worse in hindsight, as David Luiz took the captain’s armband and proceeded to stink it up. He lost track of Thomas Muller on the opening goal, and it went downhill from there.

It all led manager Luis Felipe Scolari to dub the match the “worst day of my life.” A Brazilian newspaper gave every player a goose egg 0 for player ratings. ESPN color commentator Steve McManaman declared “this is amateur hour.” It was such a shellacking that German striker Miroslav Klose set the all-time World Cup goalscoring record and the story was a distant afterthought.

Given the turmoil of the country, the expectations placed on the team (realistic or not), and the catastrophic way in which the match unfolded, it’s certainly fair to place this loss as the most embarrassing in sports history.