For Portland, there is the hope that Diego Valeri’s return engineered the sort of result that can propel the Timbers playoff hopes in their 3-0 win over Wondo-less San Jose.

On the other side was Toronto FC and near-incomparable sporting disappointment. TFC’s fans watched as their team gave up a goal to Houston and never found an equalizer — let alone the win they desperately craved — against the 10-man Dynamo.

What does it all mean? Plenty, when it comes to the MLS playoffs of 2014. A promising postseason could be missing some marquee names in Michael Bradley and Jermain Defoe. Moreover, let’s look at the big picture.

We’re all even at 31 matches played, which means adding nine points to a team’s present total tells you how high they can rise up the table.

Life’s hard for Toronto after they gave up their game-in-hand. Even Defoe missed a bit of a sitter on the way. But the path is still a bit open for them to seize a playoff spot, at least in comparison to Houston and Philadelphia. The site SportsClubStats rates the probabilities of all three teams as lower than 18 percent, with Philly the lowest around 7 percent.

The Union may have the lowest chance to advance to the second season, but they might be the most important team. They can catch Columbus on wins and pass them in points by beating them twice. MLS late-season schedule has set the conference up for a thrilling finale. We can’t wait.

If you’re asking us to forecast, New England is safe and Sporting KC should be all but a sure thing. New York needs to beat Toronto this weekend, which could set the table for several teams but most importantly themselves. 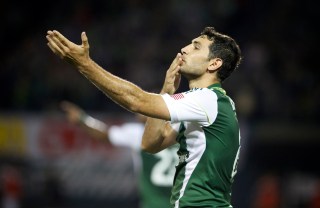 While we were playing “Portland or Vancouver”, both clubs have worked RSL and FC Dallas back into the discussion. It’s still the latter two’s party, but with both playing Portland it gets extra interesting.

The Quakes haven’t won since Aug. 2, and Colorado is in flames, too. Vancouver controls its own destiny and is playing fairly well. Given Dallas’ schedule, perhaps Oscar Pareja’s club could somehow be the odd team out, but it looks like the final slot will come down to Portland and Vancouver.