In Belgrade on Tuesday as players and fans brawled and the EURO 2016 qualifier between Serbia and Albanian was abandoned after a drone carrying an Albanian flag flew into the stadium before Serbia’s Stefan Mitrovic tore it down.

That act sparked pandemonium in the Group I game which was abandoned after mass brawls broke out between Serbian and Albanian players, plus unrest was seen in the stands as home fans ran onto the pitch and Albania’s players ran for cover.

Below are some incredible images taken in and around the stadium in Serbia’s capital, as the bitter rivalry spilled over and sparked ugly scenes which have shocked the soccer world. 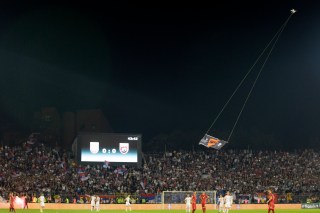 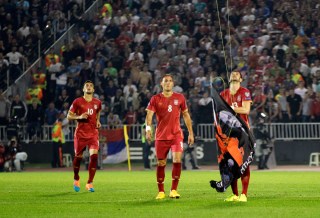 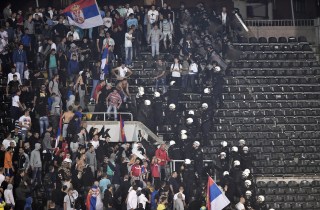 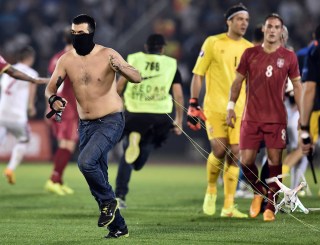 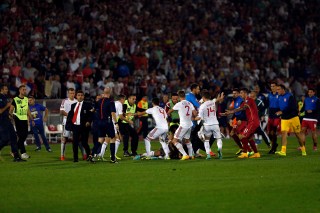 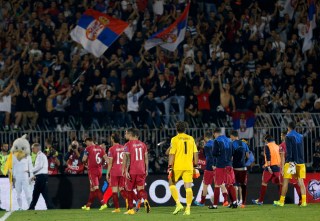 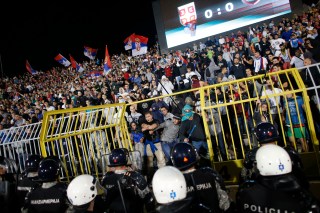 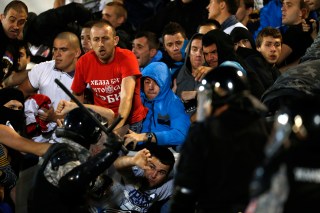 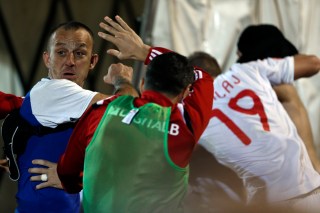 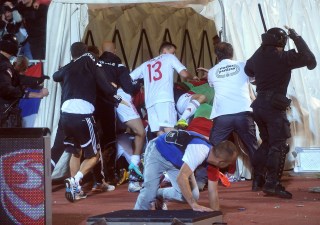