The Sarajevo derby between FK Sarajevo and FK Zeljeznicar was halted just after the half-hour mark as fans began to get rowdy in the stands.

With the match level at 1-1, Stadion Grbavica was alight in flares and police attempted to intervene. The match was halted and players were called back to the dressing rooms as police looked to sort things out.

According to early reports, medical crews were called into the stands and emergency workers as well, with teams looking to get injured fans out of the stadium. One fan was reportedly hit in the head with a flare and was taken out in an ambulance.

Nothing has come out yet on the number of injured, any level of seriousness, or whether anyone was arrested. Ultimately, the match was halted three times for pyrotechnics in the stands.

The two teams came into the match next to each other in the Bosnian league table – on third and fourth – to make things even testier during the match.

The away side FK Sarajevo won the match 2-1 on a winner from Haris Duljevic to level the teams on points in the BH Telecom Premijer Liga. 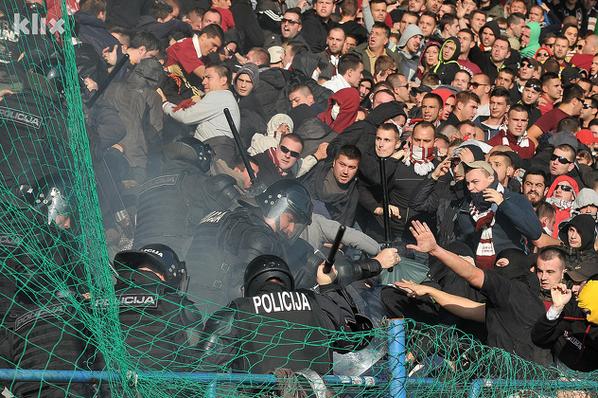 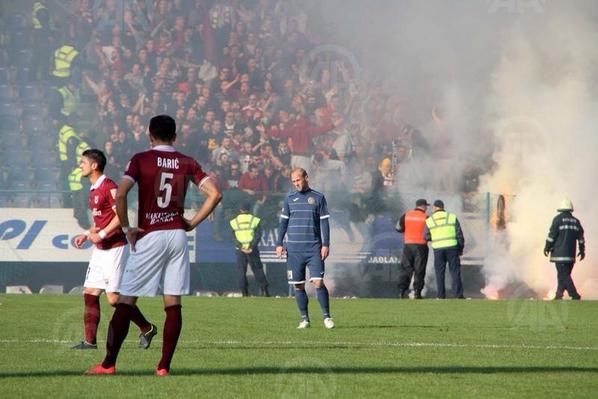