Both Newcastle United and the player himself have confirmed via Twitter that Jonas Gutierrez has been released from the hospital in Argentina after being treated for testicular cancer.

Gutierrez underwent chemotherapy and had his left testicle removed as a result of the cancer, but it appears he is now on his way back to normality and health and the 31-year-old fan favorite at St. James Park may make an attempt at a return at some point.

It’s unsure whether he is cancer-free upon returning home free but some reports have suggested that he is.

He revealed a few months back that he realized he had an issue when he ran into Bacary Sagna during a match and felt pain that would not subside. He went home to Argentina to undergo tests and discovered the cancer.

There was initial uncertainty from Newcastle that the club would not pay for his treatment and that the club had gone considerable lengths to cover up his medical issue and keep it private, but once word got out the team has thrown its support behind its winger.

Translation: “Today I was given a medical discharge”

It’s unclear what the timetable could be for a possible return for Gutierrez, but he retweeted a few messages of support hoping he would come back, so it’s obviously on his mind.

The fans at the park poured out messages of support as recently as last month as well: 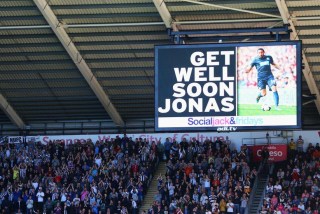 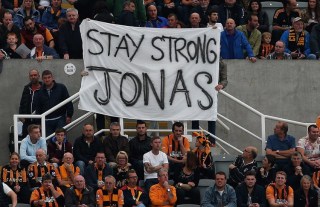