Croatia and Italy are scheduled to play a Euro 2016 qualifier at the San Siro in Milan, Italy at 2:45pm ET today.

But thanks to incredible amounts of rain and flash floods, the status of that match was in doubt.

Croatian manager Niko Kovac said there is no way the teams can play if the conditions do not improve, but the Italians have rejected those calls for abandonment, saying the game will go on.

“There are no fears over the game. It will go ahead as scheduled,” Italian Federation spokesman Paolo Corbi told Italian media this morning.

His comments were in response to Kovac’s call to abandon the game due to pitch conditions. “If the pitch remains in these conditions, the game can’t go ahead,” Kovac said after training yesterday was cancelled amid the incessant rain. “The ball doesn’t bounce, it would be like a game of waterpolo.”

Even Italian manager Antonio Conte had his doubts. “Let’s hope the weather improves. For a good match the pitch has to be at its best,” he said in his pre-match press conference.

Forecasts had been for more and more rain, but when the city awoke this morning, the sun was shining and things only look like improving from here. Streets had been flooded and citizens were reportedly discouraged from driving or leaving their homes.

Here are some images from the flooding in Milan over the past few days: 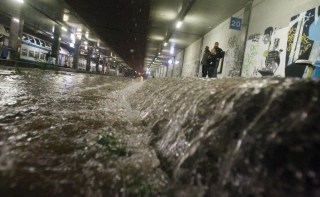 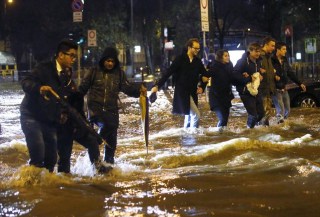 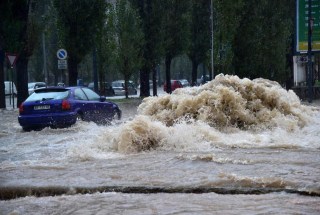