Crazy scenes out of Abidjan where Ivory Coast fans rushed the pitch and were beaten by police following their side’s qualification for the 2015 African Cup of Nations.

In a bore 0-0 draw that saw opponents Cameroon reduced to 10-men, the Ivory Coast ended the match passing the ball comfortably around their defense without being challenged. Then, at the full-time whistle, Ivorian fans poured onto the pitch to celebrate their side’s advancement to the ACN finals.

While most of the fans on the pitch were non-threatening and took to things like hanging from the cross bar, a few went a little over the top with one fan putting a hip hug on Gervinho that prevented him from moving.

Riot police, however, didn’t take kindly to the pitch-rush, attacking fans with batons and chasing them back into the stands. 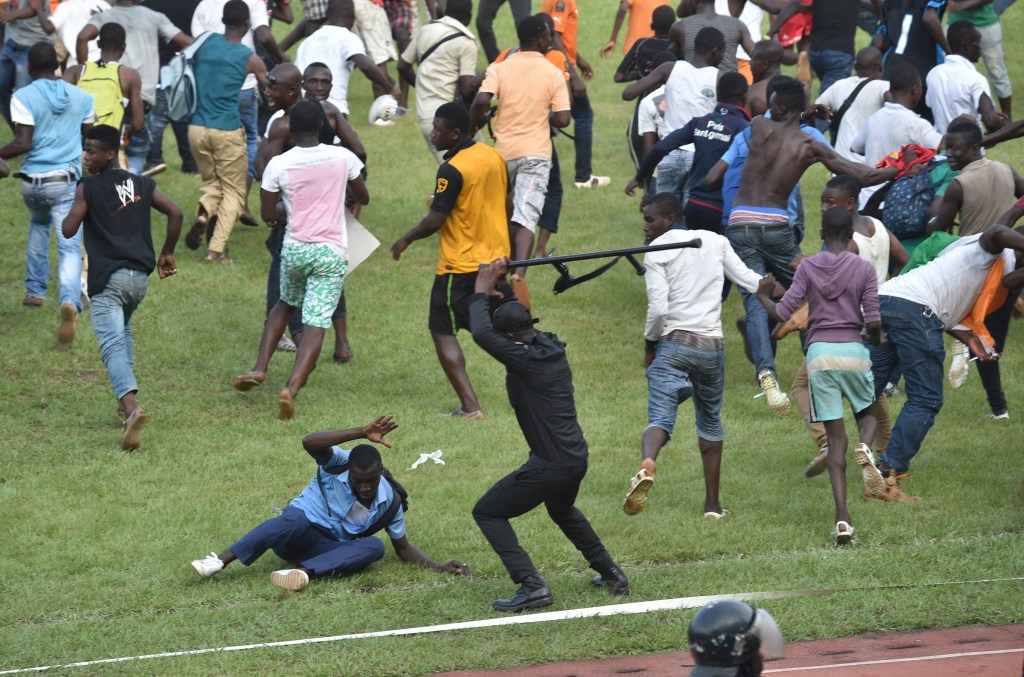 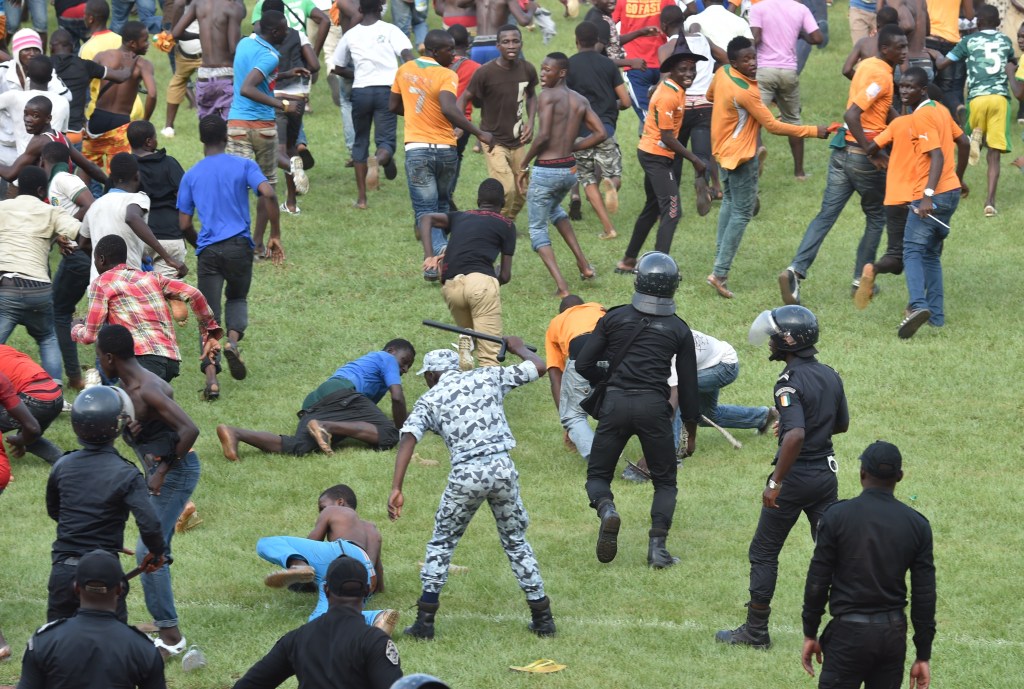