It’s the club that employs The Beast against the publisher that puts out Batman, as Valencia CF stares down a trademark infringement law suit from DC Comics over its new crest.

The legal debate will be a tricky one. Batman’s logo has changed at least eight times since its inception, while the coat of arms for Valencia as a city has long-included a bat atop the shield.

The BBC says Valencia has been incorporating a bat in its logo since 1919, 20 years before Batman was created. Seems like a tough sell — or sue — for Bruce Wayne’s creators.

View the three logos for yourself: 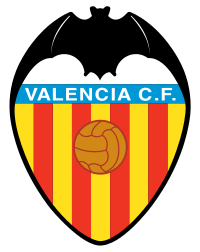 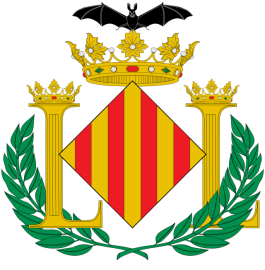 It claims the logo is too close to two of its own images related to the caped crusader.

Neither Valencia nor DC Comics could be reached for comment on the issue while the Spain-based Office for Harmonization in the Internal Market said it did not comment on individual cases.

However, documents seen by BBC Sport show that the 11-page opposition document was launched in May 2013.

I’m a fan of Batman, but seems to me “The Dark Knight” should consider rocking Valencia’s bat rather than his own. Looks slick.