Filipe Luis’ wonderful free kick gave him his first goal as a Chelsea player, and helped the Blues into the semifinals of the League Cup with a 3-1 win over Derby County on Tuesday.

Eden Hazard opened the scoring for Chelsea, and were up 2-0 before Craig Bryson’s 71st minute tally for the Rams provided an exciting finish. But a red card was shown to Derby’s Jake Buxton in the 78th minute, and Andre Schurrle added a goal to restore Chelsea’s two-goal lead.

Chelsea also had a scare when a head injury to defender Kurt Zouma led to his being stretchered off the field at Derby.

The Blues will be joined by the winners of Wednesday’s quarterfinal games, and Sheffield United.

That’s because the Blades continued their Cup magic with a 1-0 upset win over Southampton at Bramhall Lane on Tuesday. Marc McNulty put home a rebound of a Bob Harris free kick to give Sheffield a second half lead they would not relinquish. 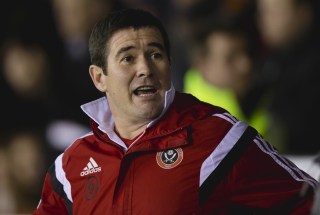 The Saints didn’t start Graziano Pelle nor Dusan Tadic, but had plenty of regulars in the lineup. Sheffield went to the semifinals of the 2014 FA Cup before falling 5-3 to eventual runners-up Hull City.

The semifinal draw is also Wednesday, with the first and second legs played in late January 2015.