Earlier we posited a player from each Premier League team that could reasonably make the move to MLS (meaning it wouldn’t shock the world or rattle the media from either league).

But what about the other way around? We discuss Geoff Cameron, Tim Ream, and Tim Howard often, but it’s easy to forget that plenty of MLS players have taken swings in England to mixed results (Brek Shea, Eddie Johnson, etc.)

[ RELATED: Just for fun — an MLS recruit from each Premier League club ]

So here’s our flip side from the earlier PL to MLS post. Guidelines are similar. The move would have to not totally shock media and fans on either side of the globe, and have at least a shred of a chance of getting a permit to play in England. We’ll also exclude the new sides, as they’ve just acquired players.

Some are trickier than others, to be certain. 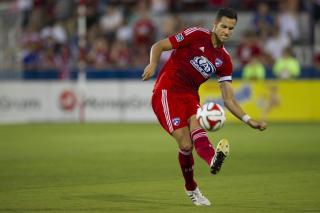 FC Dallas: Matt Hedges, 24
Would have a very difficult time getting a permit, but there’s no doubt he fits the bill for a big, strong center back in England. Perhaps Jurgen Klinsmann can help that path by using the big man in some friendlies.

Los Angeles Galaxy: Gyasi Zardes, 23
Electrifying talent needs to produce and produce fast for a Premier League club, and it’s likely Zardes would need to find a gateway league. But it wouldn’t be a shock to hear him get the call. 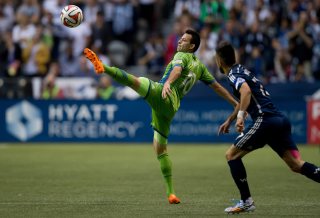 Seattle Sounders: Marco Pappa, 27
Scoring at a high clip for Guatemala recently, Pappa is perhaps the most likely non-PL vet to get a call.

Vancouver Whitecaps: Kekuta Manneh, 20
Not likely, but he’s been linked to the Premier League as recently as Fall 2013.