Saturday will bring us one of the best under-the-radar tournaments in the world of soccer, as the Africa Cup of Nations begins its three-week run through Equatorial Guinea.

It’s also a tournament which has its fair share of haters. For one thing, like the Asian Cup, it takes African players away from their club teams for a good spell of time. In the Premier League, that means neither Yaya Toure nor Sadio Mane for nearly a month.

It’s also been in the headlines for the wrong reasons, as Morocco pulled out of its hosting duties due to fears of Ebola.

But at it’s core is free-flowing football that often provides thrilling moments. As you get ready for Saturday, here’s most everything you need to know.

The Champions
There have been 30 AFCON tournaments since 1957, which was won by Egypt and had just four teams contesting the title.

Since then, there have been 16 winners. Here’s the breakdown:

Most wins: Egypt (7)
Closest competitors: Ghana and Cameroon (4)
Reigning champions: Nigeria (did not qualify for this edition)
Biggest-named sides to not have won: Senegal or Mali

Well, the sides on Groups C and D have a tall task ahead of them, while teams in the first two groups will like their chances of escaping the group stage. 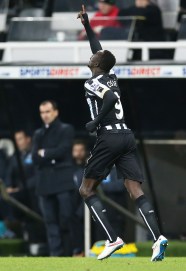 Oh, and MLS
– Recently-signed Chicago Fire striker David Accam will represent Ghana.
– Philadelphia’s Rais M’Bolhi is suiting up for Algeria
– NYRB’s Ambroise Oyongo will be in the back for Cameroon


Group A: Not that the bookmakers know anything, but three of these teams are in the bottom four for odds. Burkina Faso makes it through, and Equatorial Guinea uses home-field advantage to slot second.

Group B: It’s up for grabs, really, but Tunisia seems a safe bet to make it out of the group, and we’ll pick one surprise here, as Cape Verde knocks of Zambia to advance.

Group C: Ruling out Algeria after this summer’s World Cup success would be a silly mistake. They get through, joined by Papiss Cisse and Senegal move on as well. They pip a Ghana team still not right after Brazil.

Group D: Given their depth, Ivory Coast will again be favorites to win the tournament despite the fact that they’ve historically underachieved. Still, we see them coming out along with Mali as Cameroon’s massive team turnover from a terrible World Cup (no Alex Song, Samuel Eto’o, Benoit Essou-Ekotto) is bound to se some growing pains.