Though the hapless New York Knicks predictably bowed out to the Milwaukee Bucks in this year’s version of NBA London at O2 Arena, the tilt once again brought us star sightings a-plenty.

Last year, we got Andre Schurrle’s brilliant observation that Kevin Garnett is “really tall”. Though those stories will come, this year first impressions were that the stars were out… in the stands.

Let’s begin here, with a Thierry Henry who is clearly unhappy about his interaction with Milwaukee mascot Bango: 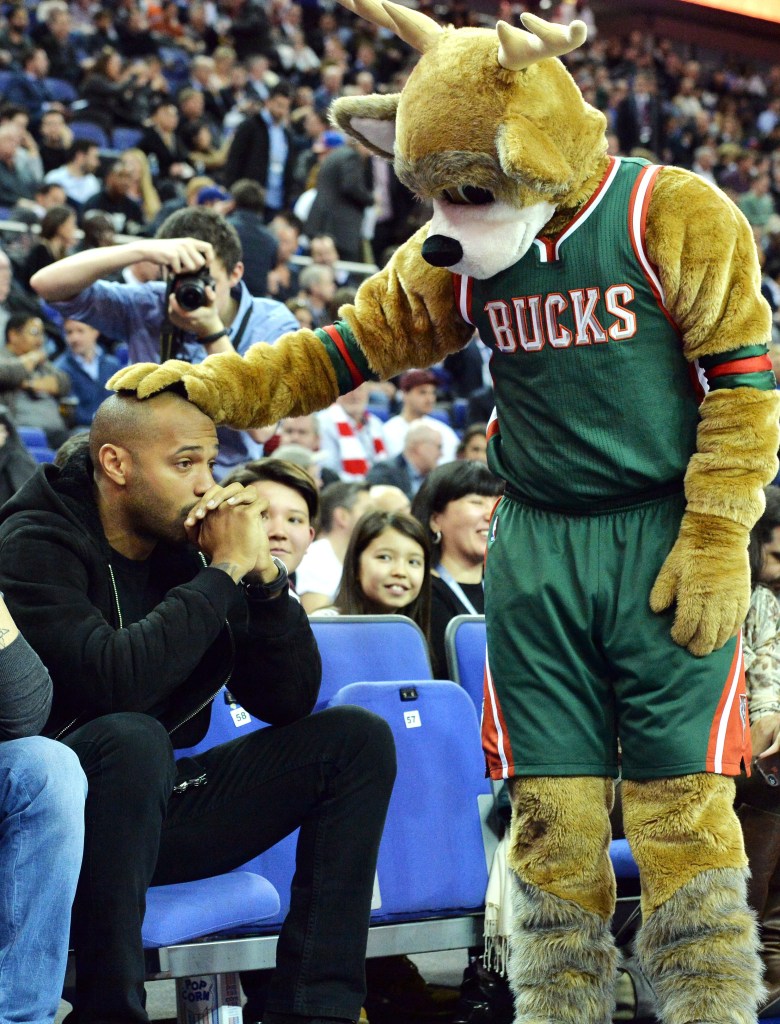 Some global stars at the basketball in London tonight. There were also NBA players. pic.twitter.com/Uljmn7Qugb

And, of course, the players hit up Stamford Bridge (though given their height we question the adjective “unnecessary” in the caption)…