Fourteen-time trophy winner Udo Lattek has died at the age of 80.

Lattek is one of very few coaches to have won the European Cup, the Cup Winners’ Cup and Intercontinental Cup, and managed Bayern Munich, Barcelona, Borussia Dortmund and Borussia Monchengladbach amongst other clubs.

He won 14 trophies in a 35-year coaching career after playing 70 times as a striker for VfL Osnabrück.

The Bundesliga honored Lattek with a moment of silence before its matches on Wednesday. Here are some lofty words from a World Cup-winning coach, from Bundesliga.com:

He was also recognised for his services to and achievements in German football with the Honorary Bundesliga prize in 2013, handed over to him by Dr. Rauball. “He was one of the most modern coaches in Europe and he shaped football like few others have done since,” commented 2014 FIFA World Coach of the Year Joachim Löw. “You have to respect his successes.” 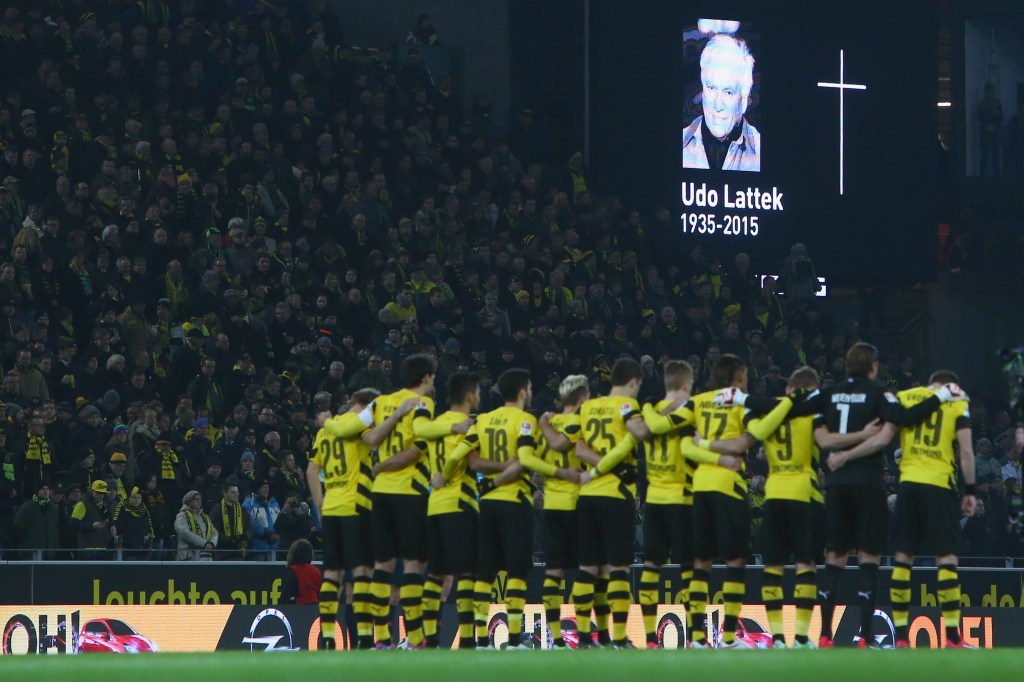