Every now and then someone tasked with posting for-sale merchandise to an online retailer’s website slips up and publishes something they’re not supposed to.

Such an instance took place on Saturday, as a number of brand new, unreleased 2015 Major League Soccer jerseys were leaked by online fan shop Fanatics.com. Before the jerseys were pulled from the site, the Twitterati were sure to right-click-save a number of the new shirts and post them to Twitter (in varying degrees of quality), where they shall live forever.

The official “Jersey Week” launch featuring every team’s new shirts is still scheduled to take place before the 2015 season, which kicks off Mar. 6.

I know some will disagree with me but I really like the new #VWFC kit. *Pic from @3rdDegreeNet pic.twitter.com/xVHZZrbPUx — Kasey Hunter (@KCJonze) February 7, 2015 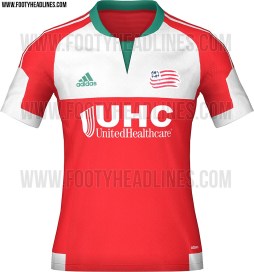