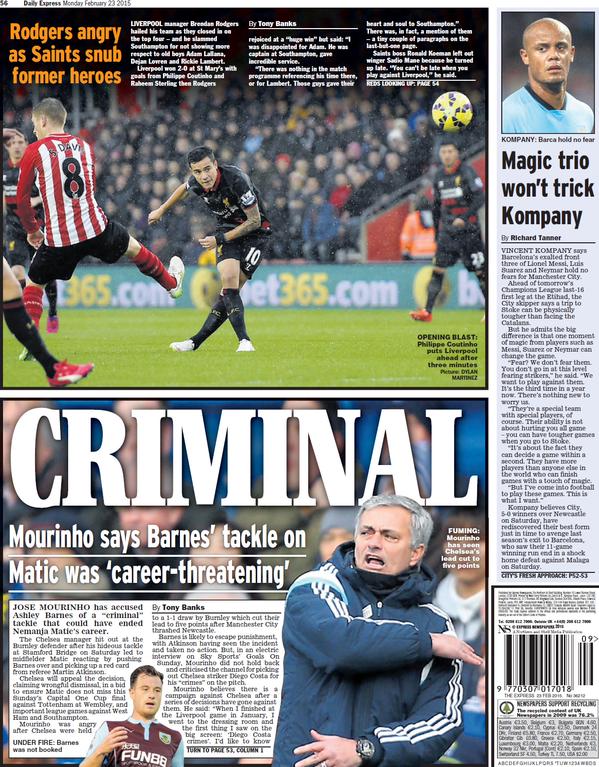 The Daily Express leads with Mourinho calling Ashley Barnes’ tackle on Nemanja Matic “criminal” as Chelsea dropped two points at home to the Clarets. Here’s how Mourinho reacted after the match. 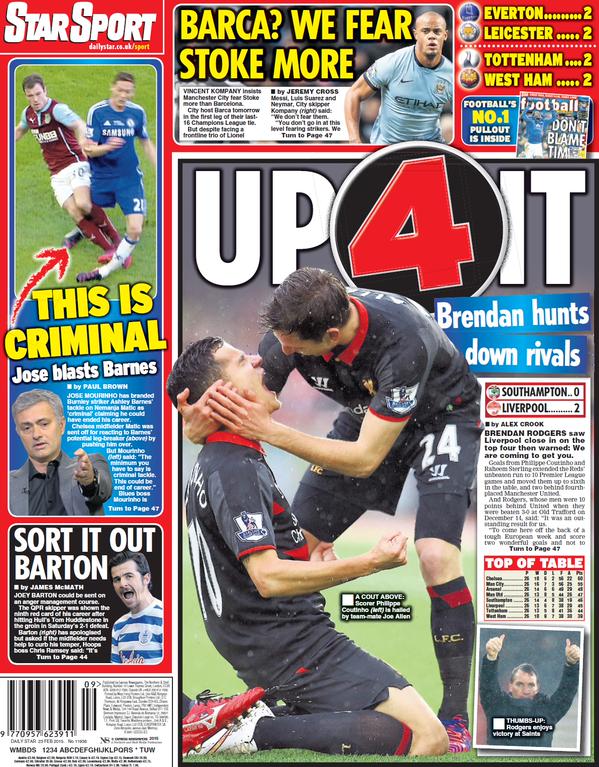 The Daily Star leads with Liverpool’s incredible run of 10 PL games unbeaten after they beat Saints 2-0. There are also interesting sidebars, as Man City captain Vincent Kompany says Stoke are sometimes tougher to play against than Barcelona. Come on, Vinny. 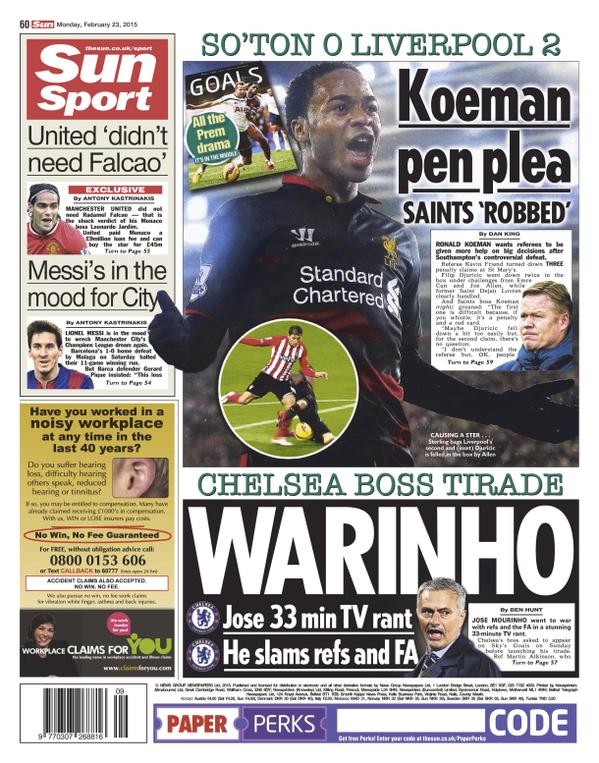 The Sun also leads with Mourinho’s rant following Chelsea being on the end of some pretty dodgy decisions. Ronald Koeman is also featured as his Southampton side had two or three clear penalty calls ignored. 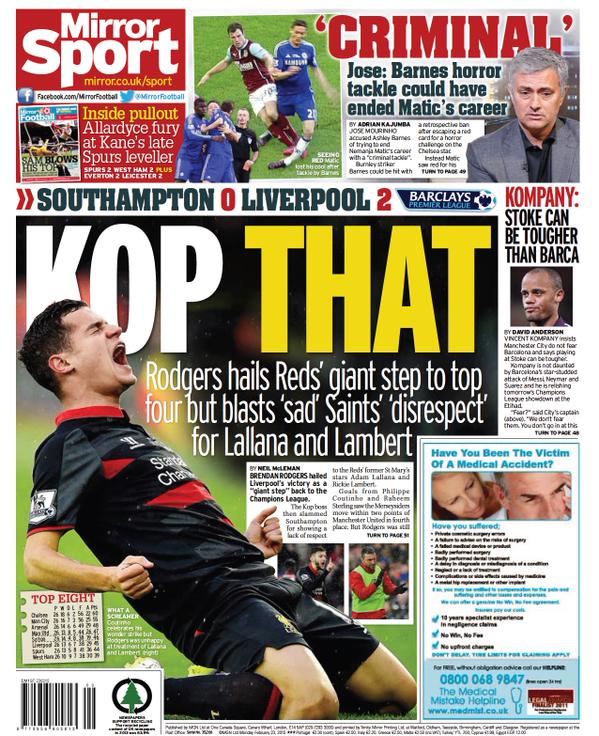 Lambert was lauded, but Lovren and Lallana were booed heavily in a fiery atmosphere. Also, Rodgers didn’t like the fact that Saints’ game day magazine had no mention of Lallana and Lambert. Really. 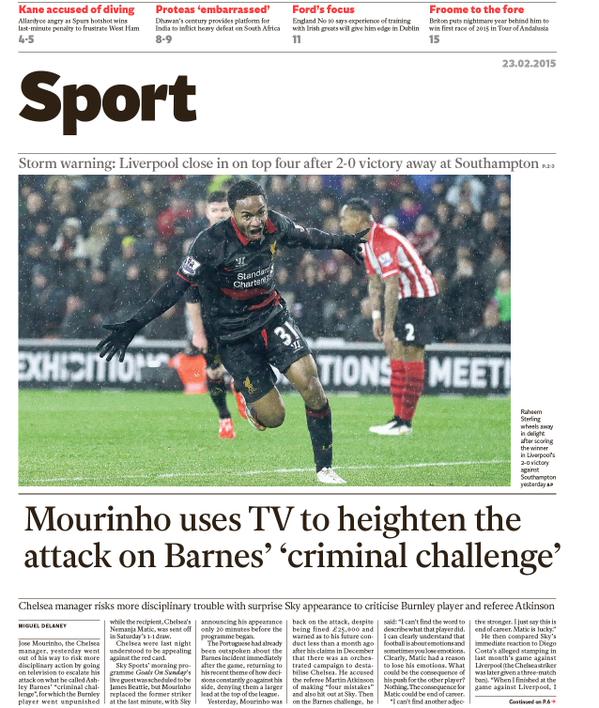 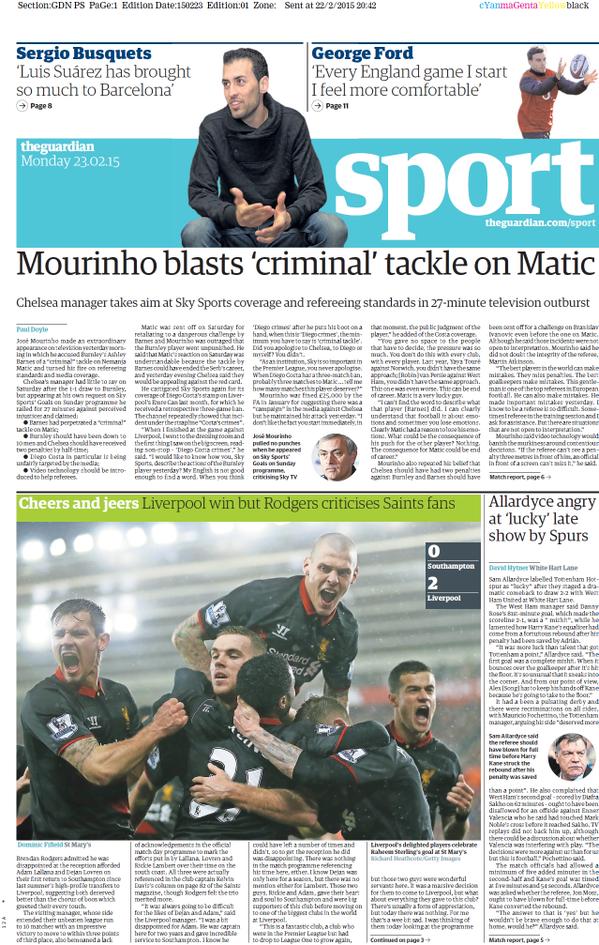 Finally, the Guardian leads with Liverpool’s hugely important win at Southampton to launch themselves into the top four picture. They also have sidebars on Mourinho and include Sam Allardyce’s rant about Spurs being “lucky” after their late comeback.