While the fan in us is wondering whether Liverpool’s weakened lineup will be able to hold onto its 1-goal lead in Turkey on Thursday, law enforcement outside of several Europa League second leg locations are concerned about off-the-field stuff.

We’re talking violence, and it’s in focus from Rotterdam to Florence as return leg revenge is on the mind of Dutch authorities and Italian police are concerned that what happened in Rome could happen when Fiorentina hosts Tottenham.

Roma fans clashed with Feyenoord supporters after the latter destroyed a 400-year-old fountain in Rome, causing riots in Italy’s capital.

Toss in the horrible incident with Chelsea fans in Paris last week, as well as continued problems in Bucharest, and it hasn’t been a banner few months for fervent football fans.

That said, it’s the on the pitch stuff that we’re excited about come Thursday, with Premier League teams running the gamut from comfortable to t 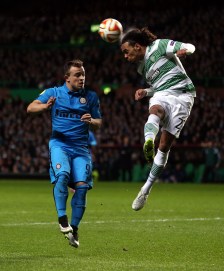 roubled. Everton welcomes in Switzerland’s Young Boys with a 4-1 lead in town, and it would be one of the most shocking results of the decade (ever?) if the Toffees folded to the tune of four goals allowed at home with no offensive answers.

Elsewhere, it’s trickier. Liverpool have left a number of strong players at home for the second leg of its bout with Besiktas. Daniel Sturridge will go, but Jordan Henderson, Steven Gerrard and Philippe Coutinho are among those being rested for Sunday’s PL match with Manchester City. Will Liverpool build on 1-0?

Spurs have a much tougher task, as they head to the road for a tense encounter with Fiorentina. The Italian side has a road goal from last week’s 1-1 draw, and have allowed less than a goal per match in home Serie A play this season.

There’s also the matter of Celtic and Inter Milan in Italy, though the Bhoys need a win given the three goals they allowed in last week’s draw. And Athletic Bilbao and Torino will also settle a 2-2 draw, though this one will be in Spain.