After a trying season at Anfield, could one of the world’s more mercurial stars find solace near Disney World?

In Monday’s version of “crazy rumor that follows a kernel of logic”, a Spanish report from Fichajes claims that Kaka is aiming to help bring Mario Balotelli from Liverpool to Orlando City.

According to the rumor, Kaka and Balotelli got along well at AC Milan and Orlando City is working to convince Balotelli’s agent that MLS is a good option for the 24-year-old, whose strike rate has sunk to about half of what it was last season at Milan.

The site, of course, claims that Balotelli has no intention of going to MLS but uses the rationale that he’s Balotelli so anything is possible.

Fichajes had previously speculated that Sebastian Giovinco, now at Toronto, was interesting Spurs and that Mix Diskerud was headed to Liga MX. Both of those players ended up in Major League Soccer.

Orlando City does have an opening at Designated Player, with Kaka and Honduran forward Bryan Rochez signed up for life at the Citrus Bowl. Balotelli took a wage cut to get to Liverpool, and his $6.7 million salary is about what Seattle pays Clint Dempsey and below what Orlando pays Kaka. 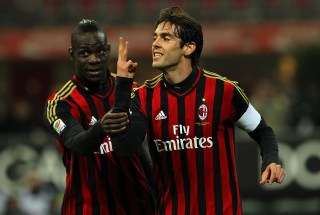 However, it would give OCSC two of the highest salaries in the league. Plus, Balotelli is just 24 and surely has interest in the top European leagues. Would his contract be prohibitive there? Agent Mino Raiola manages Paul Pogba, Romelu Lukaku and Zlatan Ibrahimovic amongst others, and doesn’t have a single player in MLS.

Again, we’re checking the “unlikely” box on this one, but not claiming it’s impossible. The transfer would be a home run swing for Major League Soccer, and a good risk for the league. But would it be a good risk for a club brand new to the top flight?