UEFA’s Champions League and Europa League have many of the Premier League’s best playing their league games on Sunday, but there was still plenty of Saturday entertainment on the docket.

QPR saw a stunning distance goal in defeat, Aston Villa embarrassed a fellow relegation struggler and Arsenal cruised through a London Derby amongst other results on Saturday.

And then Burnley. Oh my, Burnley.

Ladies and gentlemen, Sean Dyche’s Clarets are not going down without a fight. George Boyd’s second-half goal boosted Burnley to within a point of 17th place Sunderland and three points of 16th place Aston Villa. Burnley has a tough road in, but finishes the season with a final weekend visit to Villa Park.

The story for City fans will be the inability to break through Burnley’s stacked banks of players, as well as a late non-call after Pablo Zabaleta was taken down in the box by Ben Mee.

The day started with another strong note sounded by Alan Pardew’s resurgent Crystal Palace side. The Eagles built a 3-0 lead before hitting their only speed bump, a thrilling distance strike from Matty Phillips. Still, the Eagles are all-but-safe from the drop while QPR’s plight remains quite dire.

Did we just see Gus Poyet’s last match as Sunderland manager? It’s hard to put it on him, as a listless Sunderland side looked almost devoid of creativity in going down 4-0 by halftime. On the other hand, Tim Sherwood is the toast of the town after Christian Benteke and Gabriel Agbonlahor each netted twice to get Villa closer to ensuring its Premier League safety. 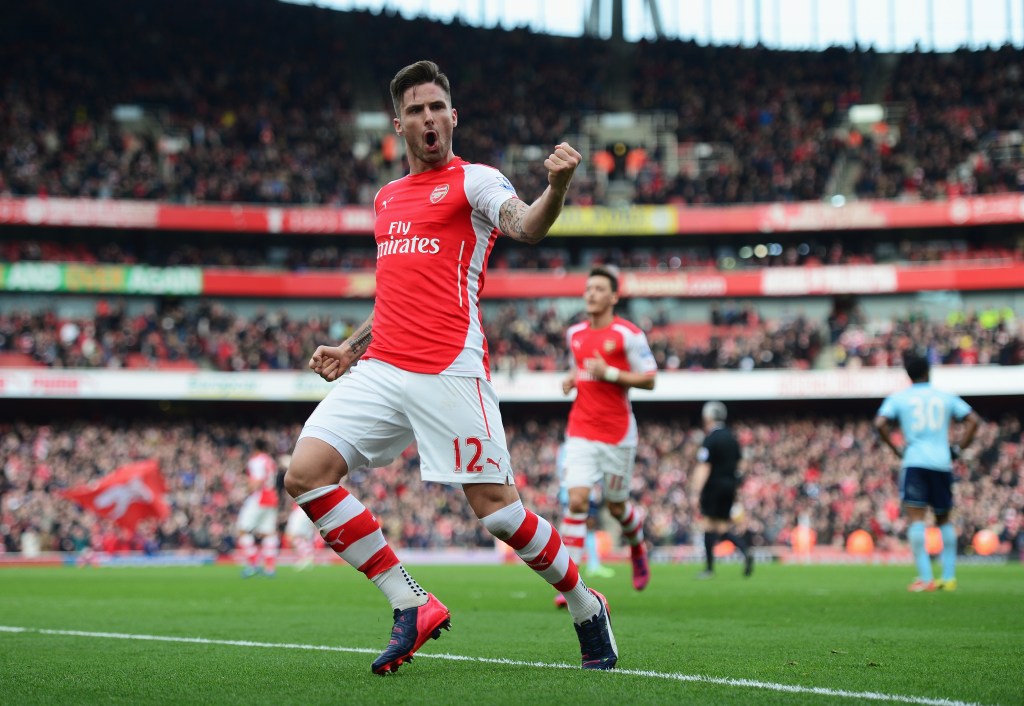 Sam Allardyce’s Irons are struggling and Arsene Wenger’s Gunners are hitting their stride. While West Ham was missing a forward due to a broken tea cup (Enner Valencia), Arsenal saw classy goals from Olivier Giroud, Mathieu Flamini and Aaron Ramsey in battering their London Derby rivals.

Brown Ideye continues to love the Tony Pulis era at the Hawthorns, with the Baggies record signing heading in Craig Gardner’s cross to pull once-desperate West Brom well clear of the drop. Stoke remains in eighth place, two points ahead of Swansea City, which plays Sunday.

There wasn’t much to this one other than a late red card to Tom Huddlestone. Even playing up a man only allowed Leicester City to total three shots on frame. The Foxes remain in the Premier League’s basement slot, with Hull inching closer to safety.