Don’t look now, but the 2016 European Championship is barely 15 months away. As EURO 2016 approaches nearer and nearer, qualifying for next summer’s tournament resumes this weekend with all of Europe’s big guns back in action.

Use the below full schedule of games and rundown of each and every group to get yourself ready for this weekend’s EURO 2016 qualification action.

Macedonia vs. Belarus
Slovakia vs. Luxembourg
Spain vs. Ukraine

Slovakia (12 points) currently sit atop the group with Spain, the two-time defending champions, and Ukraine (both on 9) hot on their heels, and the top three sides still all left to play each other once or twice. The winner of Friday’s first showdown of the second- and third-placed sides will keep the pressure on Slovakia, as well as stay out of the playoff round for the time being.

Liechtenstein vs. Austria
Moldova vs. Sweden
Montenegro vs. Russia

Austria (10 points) currently lead Group G, with teams two through four — Sweden, Russia, Montenegro and Lichtenstein — all separated by a measly two points. Montenegro vs. Russia (3rd and 4th, level on 5 points) is the Group G game of the week with both sides winless since Matchday 1 back in September. 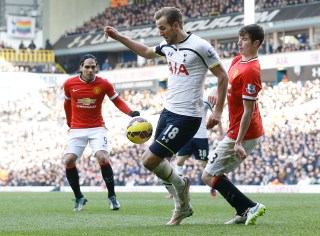 England vs. Lithuania
Slovenia vs. San Marino
Switzerland vs. Estonia

With a perfect 12-for-12 points tally thus far, England are in commanding control of Group E with Switzerland, Slovenia and Lithuania (6 points) all tied for second. Friday’s opponent, Estonia (4), upset Slovenia on Matchday 1, but have taken just a single point from their last there group games. Another victory for Roy Hodgson’s men, and we’ll have to start keeping tabs on England’s “magic number” for EURO 2016 qualification.

Bulgaria vs. Italy
Azerbaijan vs. Malta
Croatia vs. Norway

Following Croatia and Italy’s (10 points) 1-1 draw back in November, the two Group H giants are on course for EURO 2016 qualification with only Norway (9) threatening to take one of the two automatic qualification places in Group H. Croatia and Italy play one another on Matchday 6, in June, meaning a Croatian victory over Norway could put both sides four points clear of everyone else.

Netherlands vs. Turkey
Kazakhstan vs. Iceland
Czech Republic vs. Latvia

Call it a World Cup hangover, or call it a new-manager effect — whatever you call it, the Dutch (6 points) are struggling at the moment, following two away defeats (Czech Republic and Iceland) dropping Guud Hiddink’s side to third place in Group A. Friday’s Netherlands vs. Turkey (4) matchup sets up nicely as the who can challenge the Czechs and Iceland for automatic qualification showdown. 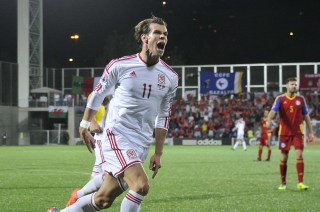 Belgium vs. Cyprus
Andorra vs. Bosnia-Herzegovina
Israel vs. Wales

Wales (8 points) are in good position to qualify for their first major tournament since 1976 after draws with Group B giants Belgium and Bosnia-Herzegovina on Matchdays 2 and 4. On Saturday, they face current leaders Israel (9, from three games) in Haifa with not only a chance to go top of the group, but maintain three- and six-point leads on the aforementioned group favorites at the halfway mark.

Portugal vs. Serbia
Albania vs. Armenia

Either one of Portugal (6 points) or Serbia (4) could go top of Group I with a victory on Sunday, as leaders Denmark (7), the only side to have played four games in this five-team group, are idle. 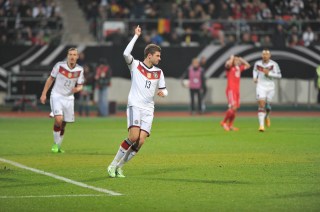 Georgia vs. Germany
Scotland vs. Gibraltar
Ireland vs. Poland

Speaking of World Cup hangovers, the 2014 winners, Germany (7 points), find themselves in third place heading into Matchday 5. Die Mannschaft are heavy favorites against Georgia, though, and with first- and second-placed Poland (10) and Ireland (7) facing off on Sunday, don’t be surprised to see Joachim Low’s men start their march toward the top spot in Group D.

The group without a traditional “giant” is certainly a fun one. Romania (10 points) currently lead Northern Ireland (9) and Hungary (7) by a slim margin, though they unquestionably have the easiest Matchday 5 matchup of them all. On the other end of the group, Greece, 2014 World Cup knockout-round qualifiers and EURO 2004 winners, have just one point from four games. It’s do-or-die time for a new boss, Argentine manager Sergio Markarian, and his side with just 18 points left to play for.