We’ve reached the halfway point of the race to qualify for Euro 2016, and only one nation has a guarantee of participating in the tournament in France: France.

Some big-name teams have surged through their group, while others have fell behind only to right the ship heading into the stretch run.

Before we get into the business of predicting who will come through, let’s take a look at some winners, losers, and statistical heroes.

As for the teams and their chances to get to France as participants in next summer’s party, there’s plenty of time to foul things up. But some have put themselves in very good positions. 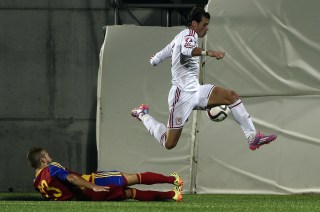 Group B is cluttered at the top now that Israel dropped back to back matches to Belgium and Wales. It seems the Red Devils have righted their ship, but with Bosnia & Herzegovina four points back of third and six back of second, plenty could change.

Toss up: 3) Israel or Bosnia and Herzegovina

To Group C, where the top three look certain. Slovakia leads the group with 15 points, followed by Spain three back and Ukraine six back. Spain has only two home qualifiers left compared to Slovakia and Ukraine, but is also Spain.

Germany feels like a safe bet to move up from its second place slot, a point behind Poland, but the next three slots are a question. Poland should be safe, but it’s likely to come down to Scotland and Ireland for the third spot. A June 13 match in Ireland could determine the whole deal, and Scotland’s remaining home matches include big tests like Poland and Germany. 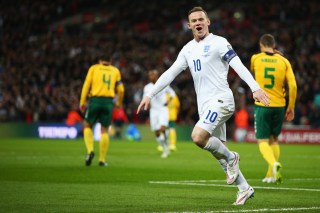 England is crushing the field in Group E, but its 5-0 record hasn’t guaranteed much thanks to the presence of minnows Lithuania, Estonia and San Marino. Switzerland’s home loss to England hurts, but not as much as Slovenia giving up its edge for second with a loss at Estonia. Look for a flip-flop here.

Group F has played out in unpredictable fashion, with Pot A Greece and Pot B Hungary currently out of automatic qualification spots. Greece is 10 points out of an auto spot, in fact, and can only hope to make up six points on Hungary. It’s possible, but far from likely. Now can Hungary catch either No. 1 Romania (5 point lead) or No. 2 Northern Ireland (4 point lead)? The hope may rest with Greece not reclaiming its edge, as the Greeks still have to visit the top two sides and host Hungary.

Still a bit in the balance in Group G, as Russia waits to see if it’ll get its three points for the abandonment of its match versus Montenegro. Both sides have been charged, leaving them and Liechtenstein within one point of each other in the race for third. Austria leads the group with 13 points, while Sweden is second. Das Team is going through, figuring on six from six at home against Liechtenstein and Moldova. Russia can catch Sweden if it gets all three points from the abandoned match and no punishment. I don’t see the second part happening given the Serbia/Albania mess. 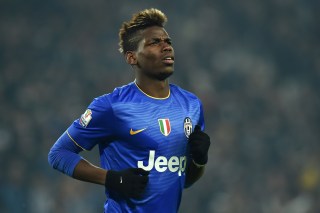 Group H looks fairly set to stay as it’s began, with Croatia cruising aside from a 1-1 draw at No. 2 Italy. The only question is whether Bulgaria can make a run at Norway. Seems unlikely.

In the five-team Group I, Portugal has overcome its slow start to sit atop Denmark and Albania by two points. Yet Cristiano Ronaldo’s bunch have just one home match left in the second go-round, and it’s against No. 2 Denmark. The schedule won’t cost them an auto spot, but it will the group.

And the bonus prediction for the top third-place side? Look for Slovenia to edge Ukraine and Hungary.