Week 5 of the 2015 Major League Soccer season is in the books, and while it still wasn’t the best soccer MLS has provided over the years, it sure was entertaining and mind-blowing at times.

Some of the league’s biggest stars returned from international duty last weekend, yet not a single one makes my Week 5 Team of the Week.

There’s always room for center backs who make 10 clearances, nine interceptions, win two tackles, and block two shots in a single game (that’s Kendall Waston) in my Team of the Week. Just as there’s room for Harry Shipp’s two assists, the wonder goals of Obafemi Martins and Juan Agudelo and the outside-of-the-foot goodness of Sebastian Giovinco. 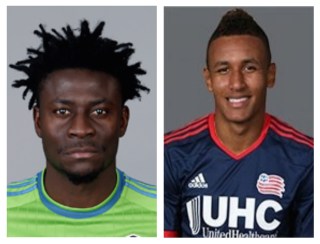