Week 6 of the 2015 MLS season is, somehow, already in the books — didn’t the season just start yesterday? — and it’s been a fun ride thus far, despite the severe uptick in 0-0 draws this season.

This past week provided the most shocking result of the young season, and for their hard work, the Colorado Rapids land a pair of players in my MLS Team of the Week for Week 6, a feat no other team can claim this week.

Kei Kamara finally saw some of his extremely bad luck from Weeks 1-5 turn good in Week 6, as the Columbus Crew SC striker bagged a pair of goals in Wednesday’s 2-2 draw with the Vancouver Whitecaps, while Darren Mattocks reminded everyone in the same game — as he periodically likes to before disappearing for another three months — why he was the No. 2 overall SuperDraft pick in 2011 and long thought to be the league’s best young striker. 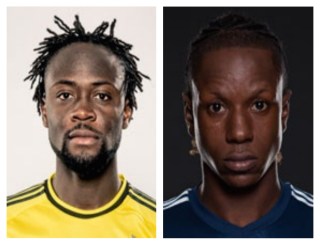