Ligue 1 has become the latest major European league, joining the Premier League, Serie A and the Bundesliga, to announce it will use goal-line technology during the 2015-16 season.

The top-division French league will use a camera-based system, which will be able to instantaneously alert referees when the entire ball has crossed the goal line. Ligue 1 will not be implementing any further use of technological aids for referees, like instant replay.

During the 2014 World Cup, goal-line technology was used to determine that French national team striker Karim Benzema had scored a goal against Honduras in the two nations’ group-stage game.

While Ligue 1 joins the aforementioned household names of European soccer in using goal-line technology, one league that still has not implemented a goal-line system of any kind is Major League Soccer.

According to an April 2013 report by the AP, the installation of goal-line technology would cost about $260,000 per stadium, and a further $3,900 to operate and maintain each game, which, MLS commissioner Don Garber says, forced MLS to look into “prioritizing how we spend our money.”

From an April 2013 story on MLSsoccer.com:

“Major League Soccer is a strong proponent of using technology in soccer where it enhances the game,” (then-)vice president of competition and game operations Nelson Rodriguez said in a statement. “We have met with multiple goal-line technology system manufacturers and we are carefully monitoring FIFA’s plans to implement one of them.

Sporting Kansas City were, perhaps, the victim of a goal-non-goal situation in Week 5 of the 2015 season, when Jalil Anibaba booted the ball off his own goal line after Jacob Peterson chested the ball into his own goal. A goal was awarded to the Philadelphia Union, but television replays were inconclusive as to whether the whole of the ball actually crossed the line. Sporting KC went on to win the game late in stoppage time, 3-2. 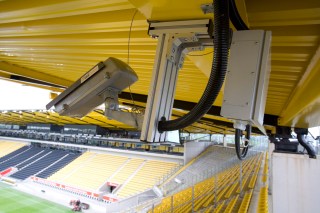 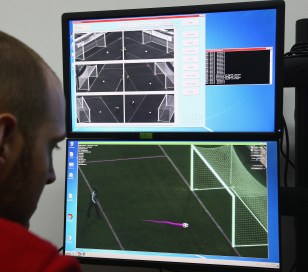 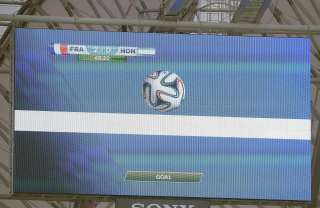 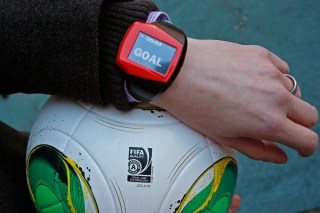