Week 9 of the 2015 Major League Soccer season is in the books, and while the overall scoring was down considerably from that of Week 8 (remember this ridiculousness?), the scoring of MLS’s biggest stars was up and accounted for a high percentage of the weekend’s goals.

That, of course, makes this week’s MLS Team of the Week a who’s who of MLS stars.

Matt Besler returned to his pre-2014 World Cup form to help Sporting Kansas City shutout the Chicago Fire, while Alvas Powell made nine tackles in helping the Portland Timbers secure a 0-0 draw with the Vancouver Whitecaps.

Meanwhile, Sebastian Giovinco was busy putting on a show all his own in Toronto FC’s 1-0 victory over the Philadelphia Union. Mauro Diaz was kind enough to remind us that, when healthy, he’s scary good and, along with 2015 MLS MVP-to-be Fabian Castillo, make FC Dallas a frightening opponent for any team. Then there were the goalscoring and dazzling shenanigans that Obafemi Martins was up to against New York City FC. 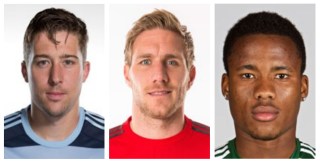 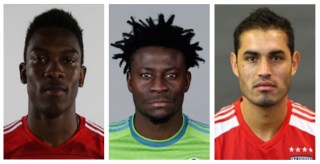