The game, in all honesty, was a sideshow. That’s good for Liverpool, because Crystal Palace out-punched the Reds to a 3-1 win at Anfield on Saturday.

Steven Gerrard said goodbye to Anfield with an emotional final home game for Liverpool, departing the Premier League with the fanfare of an English great, as the league said goodbye to another in a line of recent legends. Paul Scholes and Ryan Giggs are among those to recently step away from the PL.

Jason Puncheon, Glenn Murray and Wilfried Zaha scored for Palace, while Adam Lallana managed Liverpool’s only goal. Palace is 12th with 45 points, while Liverpool has a one-point hold on fifth after the loss.

After the match, Gerrard was saluted with verve from the Anfield faithful, who sang his name again and again as he walked down the tunnel. 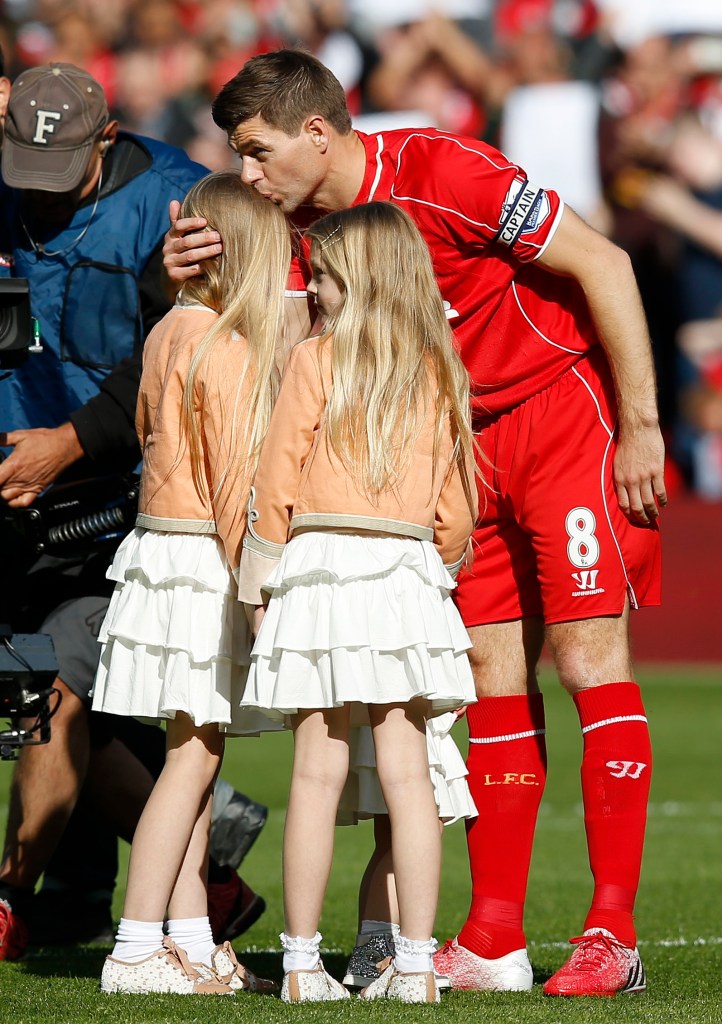 Enough of that for now. They played a match, you know?

Liverpool’s opened the scoring in the 26th minute, when Lallana darted onto the end of an endlessly-running pass from Raheem Sterling and pushing it into a scoring chance, perfectly-converted.

The Reds could’ve had a couple more, but the Eagles also won a few dangerous free kicks. One, courtesy of Puncheon, was a screamer to equalize the day heading into half.

But Palace wasn’t interested in letting Liverpool walk to a win or even draw, as Wilfried Zaha scored within 90 seconds of entering the match. Yannick Bolasie sent a cross that deflected an offside Zaha back on, and the young winger passed the ball home. 2-1 Palace.

Gerrard came tantalizingly close to a 64th minute tying goal, but his low shot was lacking the necessary mustard and was scooped up by Wayne Hennessey.

Bolasie almost brought down the hammer on the match’s final nail when his left-footed shot from inside the box smacked off the bar.

A Lucas Leiva foul on Zaha outside the box was ruled a penalty, and Murray was stopped by Simon Mignolet on the first chance but not on the rebound. 3-1. Party over.