Stewart Downing’s 62nd-minute opener was quickly canceled out by Leon Osman, and Romelu Lukaku scored in stoppage time to lift Everton to a 2-1 win at the Boleyn Ground.

Everton pulls into a tie with West Ham with the win, as both clubs have 47 points and a minus-1 goal differential. The Toffees are in 10th place.

Alex Song fed a through ball to Downing, who buried the chance to make it 1-0 to the Irons in an exciting match that featured 34 attempts (though just eight went on goal). 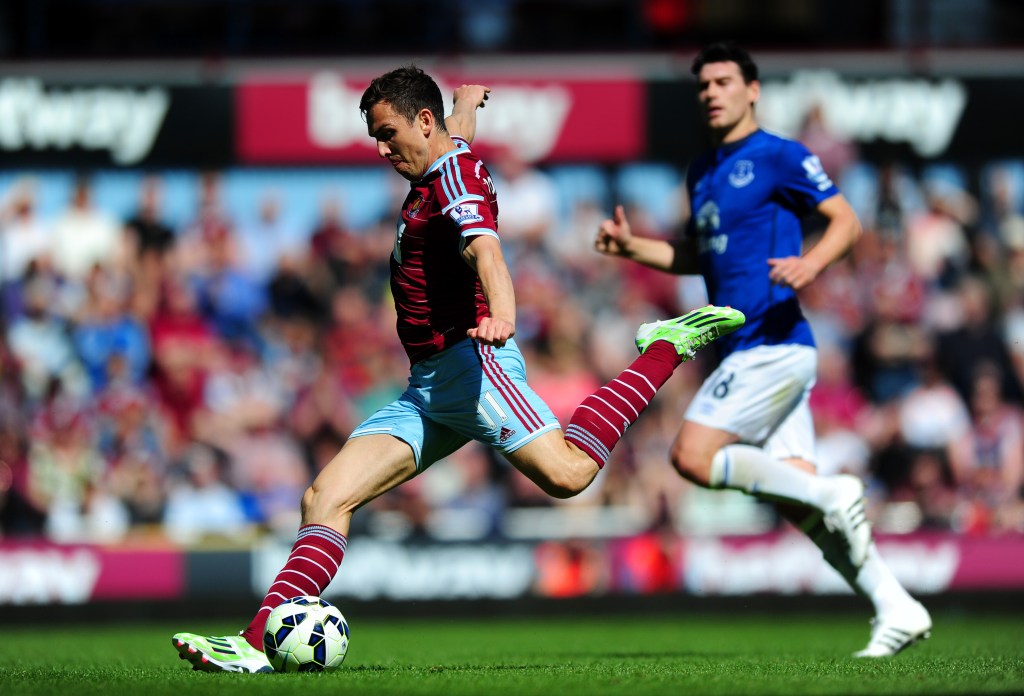 It wouldn’t last long, as Lukaku crossed into the box, and Osman converted the chance with his right peg less than six minutes later.