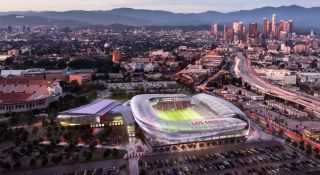 Los Angeles FC unveiled on Monday its plan to build a brand new, soccer-specific stadium five miles south of downtown LA. The stadium plans will reportedly be the first domino in a long line of major announcements to be made by the Major League Soccer expansion franchise in the coming weeks and months.

The $250-million venue, which is an increase of $100 million from what the group projected seven months ago, according to a Sunday report by the LA Times, will sit adjacent to the LA Memorial Coliseum, but will not be ready for LAFC to make its MLS debut until 2018, a year later than their original target date. Since the new stadium will be built on the site of the soon-to-be demolished old Sports Arena, the project will take longer to complete than the ownership group initially hoped.

On the bright side, LAFC will foot the entirety of the $250-million bill out of pocket, which is major sign of intent on top of the MLS-record $110 million expansion fee the group paid prior to having been awarded a franchise..

The land upon which the stadium will be built still has to be acquired by the ownership group, but the Times report stated that all parties were in general agreement that the infrequently-used Sports Arena needs to be demolished, and that a soccer stadium would be an ideal replacement project.

With LAFC’s MLS debut all but certain to be made in 2018, the Atlanta MLS expansion franchise, which will play in the Atlanta Falcons’ under-construction $1.4-billion stadium, look all but set to enter the league on their own in 2017. Unless, of course, Minnesota United FC navigate their own political land mine field and finish their stadium ahead of current projections. If not, all three could enter the league in 2018, bring the total number of teams to 24. 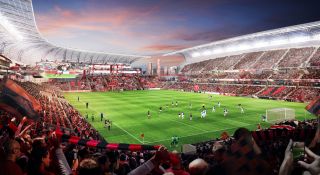 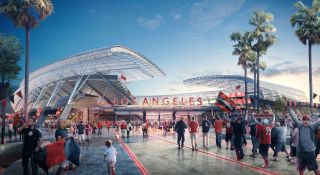 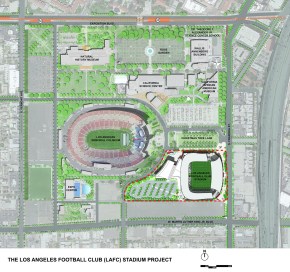