On Sunday Chelsea were awarded the Premier league trophy in front of their own fans at Stamford Bridge.

The Blues beat Sunderland 3-1 on the final day of the 2014-15 PL season, as Jose Mourinho’s side finished the season on 87 points and eight points clear of Manchester City in second place.

Chelsea had already sealed the PL title with four games of the season remaining but after the final whistle on Sunday they finally got their hands on the silverware.

Watch the video above to see John Terry, who played in every single minute of this season, hoist the PL trophy aloft and with an open top bus ride around the streets of Chelsea and Kensington planned for Monday, May 25 the celebrations will go on long into the night.

Terry then discussed what it was like to lead Chelsea to the title, his fourth as their captain. 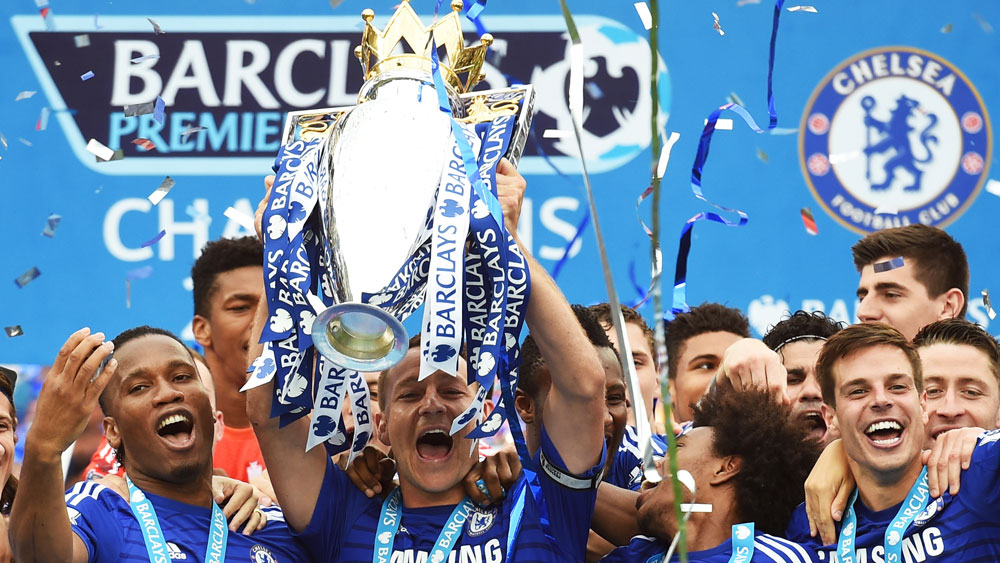