For the full archive of our review content, just hit the link above. Now, it’s time to take a look back at the seasons of four American players in the Premier League.

There’s no use denying Altidore’s time at the Stadium of Light was the stuff of legendary flops. Altidore didn’t find much success at all, not that attackers usually do at Sunderland, but the 25-year-old headed back to Major League Soccer with very little success on his Premier League resume. It’s actually quite a relief that “Jozy Watch” has ended, for now.

Injuries and even a suspension conspired to keep the versatile 29-year-old from staying near the top of the Premier League appearance for a second season, but Cameron was still effective during an acceptable season for the Potters. He signed a new 3-year deal with the club this month, and posted an assist while helping in five clean sheets over 2,138 minutes.

A fixture at Villa Park, Guzan is in a tricky spot after a second successive season battling the drop. Tim Sherwood may want a different option for his club moving forward. Over 34 matches in the Premier League, his fewest since 2011/12, Guzan had just five wins. The 30-year-old American may be moving onward this summer. 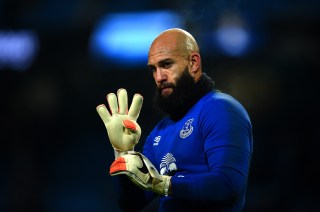 He fought injury and the Toffees disappointing season, but the 36-year-old Howard was back in Europe for nine Everton matches in the Europa League. His 12-save night in a 4-1 win over Wolfsburg showed he’s still got what it takes to star on the continent. But is he in Roberto Martinez’s plans for much longer?

One substitute appearance does not a career make, but Yedlin did get onto the field at right back for Spurs after his run through the 2014 World Cup helped attract interest. Is Yedlin, 21, going to take down Kyle Walker for a starting job? He’ll have to have a good summer and an even better preseason in order to unseat the English back.