Week 12 of the 2015 Major League Soccer season is in the books, and just as in Week 11, we were once again reminded that nobody knows anything about MLS. The only thing we know about MLS is that we know nothing about MLS.

That upside-down nature of results is reflected in Andy Edwards’ Week 12 MLS Team of the Week.

Three Toronto FC players? Two from the Montreal Impact? One from each of the Philadelphia Union and Colorado Rapids? What is this world?

TFC and the Impact both snatched big home victories over the weekend, thanks to strong performances from the midfield (TFC) and rearguard (Montreal). The Rapids and Union also won in Week 12. In summation, four of the league’s bottom-five teams won over the weekend. 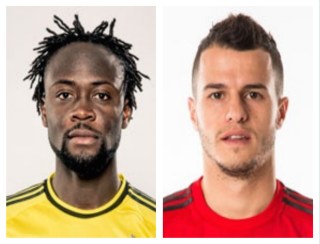