For the full archive of our review content, just hit the link above. Now, let’s take a look at the key numbers of 2014-15.

Most goals scored by a player: 26 (Sergio Aguero, Manchester City)

Most goals scored per game by player:

Most goals scored by a club: 83 (Manchester City)

Most goals allowed by a club:  73 (Queens Park Rangers) 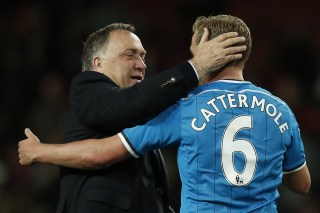