For the full archive of our review content, just hit the link above. Now, we crown our Player of the Season.

Here’s what our writers had to say about their selections…

The Belgian winger has lit up the PL with his writhing magic. Defenders don’t want to get to tight to him, but then allow him too much space to hurt them. Jose Mourinho is right to build his attack around Hazard and still just 24, expect plenty more from Chelsea’s No. 10 in the coming years. Majestic season as his creativity merged perfectly with the Blues’ solid defense. 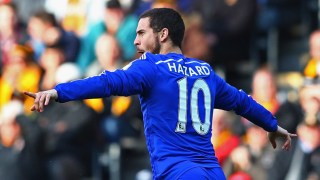 He’s a wizard, a master manipulator of the ball, defenders and seemingly gravity. There is no young player in the world I’d rather have on my team for the next decade, and he’s said he’d like to stay at Stamford Bridge for such a period of time. Bonus for Blues.

Sergio Aguero’s minutes per goal once again makes this no shoo-in for Hazard, but watching the Belgian is like watching an artist piece together a masterpiece on the field. He’s beautiful to watch.

Best player (barely) on the runaway best team. This year Hazard entered the “who’s the third-best player in the world” discussion.

Giving respect to quality defending, John Terry spearheaded the firmest back line in the Premier League and did so nearing the 35 years of age. Impressive.