Week 15 of the 2015 Major League Soccer season is in the books, and though there were only five games over the weekend — what international window? — we weren’t short of standout performers, or goals, on Saturday and Sunday night.

David Villa showed Saturday night that, when healthy, he’s still going to be a destructive force to be reckoned with (1 goal, 1 assist), while his NYCFC teammate Kwadwo Poku was busy leaving his fingerprints all over the game despite playing just 15 minutes (1 goal, 1 assist). Elsewhere, Diego Fagundez bagged the undisputed Goal of the Week, and Robbie Rogers was a handful going forward and could have scored a time or two from the left back position. 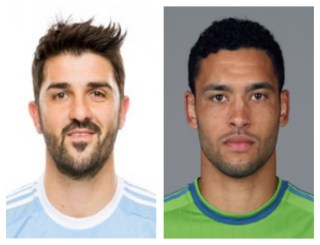