It’s the most wonderful time of year for fans of the world’s biggest clubs, as the European big boys flex their financial muscles and snap up the best and the brightest players from the continents “smaller” clubs.

Of course, if you’re a fan of said “smaller” clubs, you’re probably not a huge fan of the summer transfer window.

As you’ll see in the links above and below, this summer’s window has proven to be an exciting, fast-paced time already. This week, a pair of big-money deals were confirmed by a pair of UEFA Champions League sides, as standout stars have perhaps performed too well and outgrown their current surroundings.

Shakhtar Donetsk announced on Wednesday that Bayern Munich have paid $33 million and agreed to personal terms with 24-year-old Brazilian attacker Douglas Costa. A five-time league champion with Shakhtar, Costa scored 38 goals for the Ukrainian side during his five-and-a-half year stay at the club. He will now compete for playing time against the likes of Thomas Muller, Mario Gotze, Arjen Robben, Franck Ribery and Robert Lewandowski. 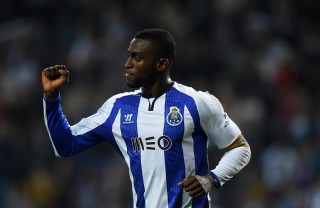 Elsewhere, Porto announced Tuesday the departure of Colombian striker Jackson Martinez. The 28-year-old will move to one of the summer’s most active transfer dealers, Atletico Madrid (now four players either in or out for fees of more than $16 million), after having his $39-million release clause activated. A Portuguese league champion of the 2012-13 season, Martinez scored 92 goals 136 games (all competitions) for Porto, including 21 during the just-completed 2014-15 campaign.