For the second straight season, Liverpool is hoping that quantity and quality go hand-in-hand after a big summer roster overhaul.

Last year, the Reds took the $89 million they received for the sale of Luis Suarez and went berserk hoping to solidify the squad in his absence and build upon the initial rebirth he brought them.

It didn’t go so well.

While players like Emre Can and Adam Lallana were mild to significant successes given their contributions, and still seemingly have plenty to offer, others such as $28.5 million defender Dejan Lovren were a complete and total flop. Rickie Lambert was sent away just a year later and Mario Balotelli has been cast aside.

Granted, few saw Lovren’s enormous step backwards coming given how monumental he was to Southampton’s success the previous year. But the elephant in the room now remains: can Liverpool do better given a do-over?

With work to do in order to return for more than a cup of coffee in the Champions League, they were handed a mulligan. The Raheem Sterling saga came to an end with Manchester City handing them a proverbial suitcase filled with $68.5 million, and suddenly Liverpool was right back on the market. 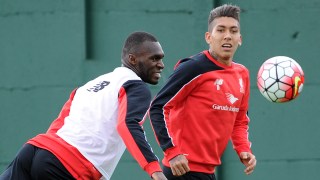 With that, they took to spending almost immediately, bringing in Aston Villa frontman Christian Benteke and Brazilian attacker Roberto Firmino for a combined $96 million.

Benteke seems like a can’t miss, especially for a club that has lacked a true target man since Suarez’s departure. We thought the same of Lovren on his arrival, but the big Belgian has carried the weight of Aston Villa on his shoulders for multiple seasons and seems ready for this upgrade.

The 23-year-old Firmino is a lesser known quantity to the European scene, but has been quietly plying his trade successfully at Hoffenheim for multiple seasons now, and seems a durable boost to the attack. Last year, he logged a whopping 2,909 minutes in the Bundesliga season out of a possible 3,060.

While those two are the marquee men, the Reds also brought in a few other pieces to fill some holes. They continued to grease the Southampton pipeline by bringing in Nathaniel Clyne for a significant $19.5 million fee, and it remains to be seen how Brendan Rodgers will use his wing-backs after finding the most success last season with a 3-CB system. 18-year-old central defender Joe Gomez came over from Charlton Athletic for a nominal $5.3 million, but it’s rare to see someone of his age thrown to the fire. Finally, Fenway Sports Group shrewdly added James Milner, Danny Ings, and Adam Bogdan all on free transfers in moves that already seem to look like important yet under-the-radar decisions.

The Reds have a lot on their plate this season as they look to make up lost ground. Rodgers grew weary last season of fielding the same countless questions from reporters about the impact of Suarez’s loss – rarely do we see one player have such an influential impact over an entire club. It seems this year’s spending was better targeted to Liverpool’s squad weaknesses rather than motivated by making a splash, and they should reap the rewards this coming campaign.