Not a great deal has changed in the world of Premier League goalkeepers this offseason, but among the differences is a huge one: Petr Cech has moved from Chelsea to Arsenal.

The Czech goalkeeper played second fiddle to Thibaut Courtois last season even though there isn’t any sort of clear gulf in class between the netminders (aside from age: Courtois is 23, Cech 33).

But the story of the summer is who hasn’t moved (at least so far). David De Gea was expected to leave for Real Madrid, which would trigger some sort of transfer tornado that dropped Hugo Lloris at Old Trafford among other moves.

So who’s in our Top Five? Not too many surprises. 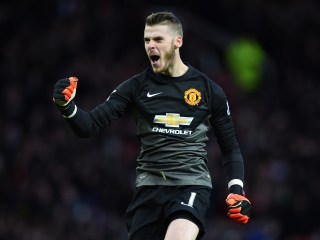 5. Hugo Lloris, Tottenham Hotspur — Spurs’ captain will miss the beginning of the season after breaking his hand, but the Frenchman is pivotal to Tottenham’s European and domestic dreams.

4. Lukasz Fabianski, Swansea City — His move from England to Wales paid immediate dividends, and playing behind a good batch of defenders helps the Polish veteran between the pipes.

3.  Thibaut Courtois, Chelsea — He’s very, very good, and we’ve seen him thrive across multiple leagues. Why put him below Cech? Because.

2. Petr Cech, Arsenal — Age before beauty; Cech hasn’t done anything to lead us to believe he’ll be anything less than spectacular having retaken a No. 1 role in the Premier League.