Four Premier League sides are hoping to stay perfect, and one of them’s a bit of a surprise.

It’s one of several big matches on the docket. We’re ready for all of them, but here are five things to monitor.

Did you need a snappy headline to tell you why this match is important to the two English powers, or will their names alone do the trick? Thought so.

The Reds hold a pair of 1-0 wins to open the season, with Philippe Coutinho and Christian Benteke providing winners. Both players will play their roles against Arsenal, but how Martin Skrtel and company deal with Arsenal’s attack is a bigger talking point for the eventual outcome.

As for the Gunners, it’s obviously quite early in the season, but a home loss to Liverpool would sink Arsenal six points behind their rivals after three weeks of play.

Will Manchester City keep rolling while breaking a deadlock?

Manuel Pellegrini’s side has a pair of 3-0 wins to start the season, one surprising (Chelsea) and the other not as much (West Bromwich Albion). Up next is a visit to Goodison Park, which traditionally has been a tough go for the Citizens.

In fact, City and Everton boast a historically even relationship. In all competitions, each side has posted 66 wins while the duo has drawn a match 44 times. Who will tip the scales on Sunday?

Can Chelsea snap out of its funk?

The Blues suffered a rare 3-0 loss on Sunday, as Manchester City asserted itself late to gain an impressive scoreline. Throw in the loss to Arsenal in the 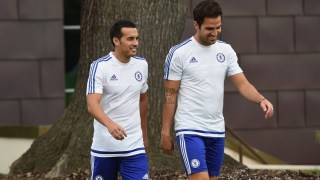 Community Shield match and a 10-man draw against Swansea to open the PL season, and the Blues are winless in three and hold just a solitary point from Premier League play.

It would seem a trip to the Hawthorns would be a welcome respite given Chelsea’s early competition, but the Blues have poor recent history at desperate West Brom. The Baggies’ 3-0 win over Chelsea to end last season may’ve been inconsequential, but it gave West Brom a 3W-1D record in its last four home matches versus the Blues.

Tony Pulis’ side will certainly be hoping that form helps his side, as West Brom was worked by Man City on opening day before holding off Watford in an uninspiring 0-0 draw last week.

Battle of the big spending Uniteds

Manchester United impressed midweek with a 3-1 win over Club Brugge at Old Trafford, and now it welcome Newcastle United into the Theater of Dreams for an early Saturday morning kickoff.

And while the Red Devils have brought in a lot of players, they’ve also spent less net money than Newcastle this window. Magpies owner Mike Ashley has loosened the purse strings in order to purchase Steve McClaren a load of talent. Marseille man Florian Thauvin is the latest to join the side after Giorginio Wijnaldum, Aleksandar Mitrovic and Chancel Mbemba all moved Tyneside.

Will the midweek match keep this one close? Newcastle’s record versus United boasts just one win in the past three years, though it was at Old Trafford. 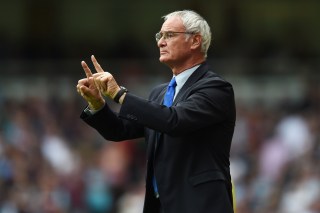 After creaming Sunderland and picking up an impressive win at the Boleyn Ground, Claudio Ranieri’s side gets a tougher test at home on Saturday with a visit from Harry Kane and Tottenham.

You wouldn’t know it from their record, but Spurs have been far from miserable (though admittedly nowhere near their goals of moving to the next level). A 2-2 draw against Stoke City isn’t Tottenham’s idea of a good result, but also far from depressing. And the 1-0 loss to Manchester United to start the season may’ve been a dull affair, but Spurs showed they can dance with any partner.

Enter the Tinkerman, who can legitimately dream of a 5-0 start if he can guide the Foxes to a win (Bournemouth and Aston Villa are next). Will Leicester take another step toward showing the end of last season was not a fluke?