The request to compile a list of “must-buys” for the final week of the summer transfer window is an understandable but big ask, especially considering the fact that some targets are as important to the potential seller’s survival as the potential buyer’s Premier League prospects.

Note: The use of “must” includes a massive wink. This is transfer season, and things are silly.

Take, for example, Saido Berahino. The “not for sale” West Brom man can provide the moments of brilliance necessary to shuttle the Midlands side into another season of Premier League safety.

But if the Baggies fall to the Championship, his sale price almost certainly drops significantly due to teams’ understanding of supply/demand (although what’s happening at Loftus Road with Charlie Austin may betray that notion).

And then there are players like Everton’s John Stones, who qualifies as more of a “must keep” than a “must buy”. Chelsea won’t suffer if they don’t buy the promising young English center back, but the Toffees defense certainly could falter from a sale.

So which 10 faces could make the biggest difference by the Sept. 1 deadline? We’ll keep it to players who could reasonably move:

Karim Benzema, Real Madrid — It seems Arsenal would need to pay $75 million to pry the Frenchman from the Bernabeu, but there’s little doubt he’s the quality of striker required for the Gunners to become a true title challenger.

Charlie Austin, Queens Park Rangers — Really, we’re going to let the former Poole Town man hang out in the Championship over the matter of $2-3 million. Come on Newcastle, Everton and Spurs, like you couldn’t use another Englishman on the roster?

Mario Gotze, Bayern Munich (pictured above) — Germany’s World Cup hero is in a massive slump for the Bavarian side, and a move to Arsenal — if no Benzema — or Manchester United would make a lot of sense.

Kevin De Bruyne, Wolfsburg —  Tipped for Manchester City — perhaps as early as Tuesday — the 24-year-old Belgian couldn’t find his way into the Chelsea side but had dynamite in the Bundesliga and for Belgium. His gifts would help City in its quest to navigate the UEFA Champions League.

Paul Pogba, Juventus — Perhaps the most appealing player in the world, and there’s a major question as to whether he’s unsettled at all. After Juve’s season-opening loss to Udinese, though, it’s hard to imagine The Old Lady is in a mood to sell at any reasonable price. 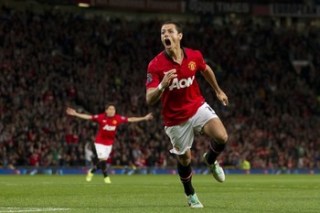 Javier Hernandez, Manchester United — The poacher is off his game, but Chicharito needs to get some regular playing time to restore his game. Signing the Mexican would be a calculated risk for any number of Premier League sides, and El Tri fans would surely like to see their man move onto more PT.

Matty Phillips, Queens Park Rangers — His crosses are brilliant and his price wouldn’t kill a team. Anyone who watched QPR struggle knows that Phillips wasn’t the reason. Good buy here.

Joey Barton, unattached — This name may seem foreign considering his peers on this list, but at some point this winter you are going to hear of a midtable side that didn’t have the horses for a Cup tie, or needed some steel in the final 15 minutes to pull out a win. You could do much worse than a man who has cooled his hot-tempered heels in recent years but still maintains his skill set.

Virgil van Dijk, Celtic — The Bhoys have wisely held onto their Dutch back for a while and have plenty of use for him, but they could bomb out of the UEFA Champions League this week. If that happens, it would make some sense for both parties to cash in.

Berahino, West Brom — Just so we can stop reading his name every day in the dang gossip mill.