The afternoon at Selhurst Park was anything but a certainty for City, which needed Joe Hart in a big, big way well before the 18-year-old Iheanacho could grab three points.

Raheem Sterling did not play for Man City, but Kevin De Bruyne subbed on to make his debut.

Both Hart and Alex McCarthy were forced into early saves. For the City keeper, it was a low drive from Yannick Bolasie, while McCarthy parried Wilfried Bony‘s doorstep header.

City had a big scare, as Sergio Aguero left the game with a knee injury after a rough tackle from Scott Dann. The Argentine came off, replaced by big money buy De Bruyne.

Palace, for the most part, did the better work in the first 45 minutes. Yannick Bolasie was explosive with the ball, though the Eagles missed the frame more often than they found Hart.

City looked set to break through when a scything ball found Jesus Navas, who dribbled around McCarthy before hitting the ball into the outside of the net from an acute angle. A tough shot, but one City wants as a reward.

De Bruyne’s quality was apparent from the get-go in his City debut, whether spraying balls or dribbling into space.

Jason Puncheon nearly turned a header past Hart, but the England keeper’s quick reaction kept it scoreless with 20 minutes to play.

Dwight Gayle came close to a last-gasp winner, but his lunging karate-style kick bounded wide of the frame.

That’s when City’s Kelechi Iheanacho subbed on, and stole the show, racing to the doorstep to poke a loose ball home.

Hart was then fortunate to not be whistled for a razor-thin handle on the edge of the box. 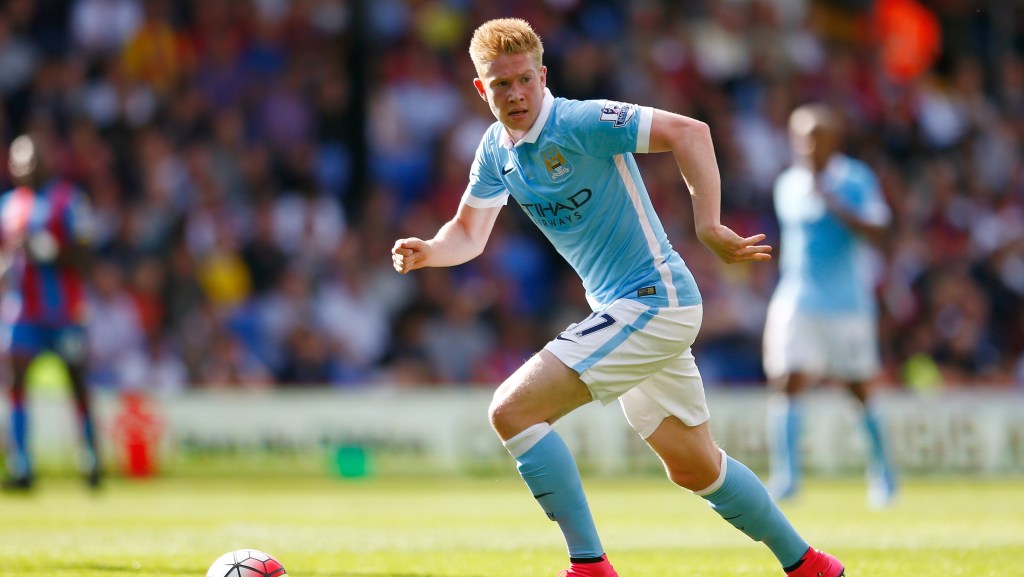