Week 28 of the 2015 Major League Soccer season is in the books, which means it’s time, once again, to sort out our MLS Team of the Week performers.

First things first, answer me this: how is one to pick and MLS Team of the Week when neither Sebastian Giovinco nor Robbie Keane score a goal in the same week? Do we still do a TOTW in that event? I suppose we will. Thankfully, Kei Kamara stepped up and picked up the other leading MVP candidates’s goalscoring slack with two on Saturday night, bringing his total to 20 on the season.

Neither of Kamara’s goals would have been scored without the expert crossing of Columbus Crew SC right back Harrison Afful, so he gets the nod, as well. Elsewhere on the backline, the weekend’s only 0-0 draw — LA Galaxy vs. Montreal Impact — provided three standout defensive performances to make up the back four. If you scored an Olimpico goal this weekend, you’re in the TOTW. Come on down, Michel. As for Tesho Akindele, a strike of this quality also does the trick. 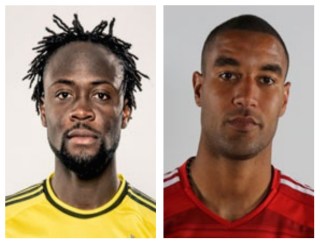