Premier League managers would have been watching international games nervously over the last 10 days, as they hoped players representing their nations would return home fit ahead of Week 9.

Here’s a list of injuries to PL players during the international break and a look at how long they could be out for.

Sergio Aguero (Manchester City) – The Argentine striker suffered yet another hamstring issue and could be out for up to five weeks. Shame, as he scored five times in one game before the break. Big blow for City in the PL and UEFA Champions League.

David Silva (Manchester City) – Aguero’s teammate and another key cog in City’s attack, Silva could be missing for quite some time after suffering an ankle injury in Spain’s win over Luxembourg. No official update has been given on Silva — although three to four weeks out has been mentioned in the latest reports — and losing him and Aguero would be a big hit for Manuel Pellegrini to manage.

Tim Krul (Newcastle United) – Devastating blow for the big Dutch goalkeeper, as Newcastle will be without their star stopper for the rest of the season after he ruptured the ACL in his right knee. Krul suffered the injury in Holland’s 2-1 win away at Kazakhstan as he was caught by his own defender and landed awkwardly.

Branislav Ivanovic (Chelsea) – The Serbian skipper limped off during their win over Albania with a hamstring issue and is a doubt for Chelsea’s game against Aston Villa. Could be out for three weeks.

Aleksandar Kolarov (Manchester City) – Another Serbian defender is struggling with injury, as Kolarov was sent off against Portugal from the bench after he suffered a hamstring issue. He is unlikely to feature against Bournemouth this weekend and with Gael Clichy also injured, Pellegrini has problems at left back too. 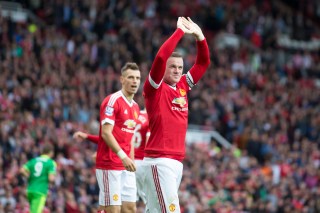 Wayne Rooney (Manchester United) – The England and United skipper pulled out of Roy Hodgson’s squad with an ankle injury he suffered in training with the Three Lions. It is not deemed serious, as Rooney could well start for United at his former club Everton this weekend.

Bastian Schweinsteiger (Manchester United) – Another mild injury concern for United, as Schweinsteiger opted to not play in Germany’s 1-0 defeat to Ireland or the 2-1 victory over Georgia with a thigh complaint. He is expected to be back in action this weekend.

Paddy McNair (Manchester United) – A worrying injury for McNair looks to be under control as the Northern Ireland defender spent three nights in hospital in Helsinki after a challenge left him with a suspected ruptured liver. The youngster is set to be out for at least two weeks and with Luke Shaw and Marcos Rojo already missing, Louis Van Gaal‘s strength at the back will be tested.

Shane Long (Southampton) – Ireland’s hero against Germany last week won a penalty kick against Poland in their crucial EURO 2016 qualifier but was carried off on a stretcher in the second half in Warsaw. He suffered a hefty blow to his right ankle but scans have shown no significant ligament damage and he could be back in action in two to three weeks time.