With the FIFA presidential race taking center stage, candidates had until Monday to declare their bid to become FIFA president when the election takes place on Feb. 26, 2016.

Embattled leader Sepp Blatter, 79, will step down from his 17-year spell in charge of world soccer’s governing body in February as FIFA is in turmoil as separate Swiss and U.S. investigations into corruption has unearthed millions of dollars of fraud and plenty more allegations of wrongdoing from senior officials, including Blatter, who are currently under investigation.

The field for potential candidates will be trimmed between now and February but here’s a quick look at the eight candidates who have so far thrown their hats into the ring, with some having more complex situations than others.

Current president of the Asian Football Federation, Sheikh Salman will get huge support from Asia. He is one of eight FIFA vice presidents and is a member of the Bahrain royal family. At the age of 49 he helped lead the movement to see the 2022 World Cup in Qatar played in the winter months. If Michel Platini cannot shake off allegations of corruption, Salman is the favorite to be voted in despite allegations of human rights issues against the Bahrain royal family.

This seems like a straight race between Platini and Sheikh Salman but the former may not get to take part in the presidential race as he is still suspended by FIFA’s ethic committee amid allegations of corruption regarding a $1.9 million payment between himself and Sepp Blatter. The current president of UEFA is likely to get heavy support from UEFA if cleared of any wrongdoing after his 90-day suspension, but plenty of suspicions have been raised over his support for the 2022 World Cup taking place in Qatar. That said, the Frenchman is one of the greatest playmakers in soccer history and will get a lot of support.

First up: what a name. Second, the South African could go far. Currently the leader of FIFA’s anti-racism program, Sexwale was imprisoned for over a decade on Robben Island alongside Nelson Mandela and made his money in mining after being released. He was on the organizing committee for the 2010 World Cup in South Africa, but that bid is under investigation as disgraced former FIFA vice-president Jack Warner is alleged to have received a $10 million from the South Africa bid team. If Africa unites behind Sexwale, 62, he could get almost half the votes needed in one fell swoop.

The only man who stood up against Blatter in the May elections earlier this year the Jordanian prince, who is from the ruling family, got 73 votes in the first round before bowing out. At the age of 39 he has promised major reforms, more attention to women’s soccer and term limits to senior positions at FIFA. He also spent four years on FIFA’s Executive Committee and has been in charge of the West Asian Football Federation.

You know this guy from somewhere don’t you? Ah yes, the immaculately bold chap who conducts the UEFA Champions League draw. Bingo. Infantino, the general secretary of UEFA, has been put forward as UEFA’s candidate and with the lawyer rising within soccer’s governing body in Europe, if he gets full backing and Platini isn’t able to run, he could go very, very far. Vast experience in the soccer realm will help him, plus he speaks five language and is a recognizable face. 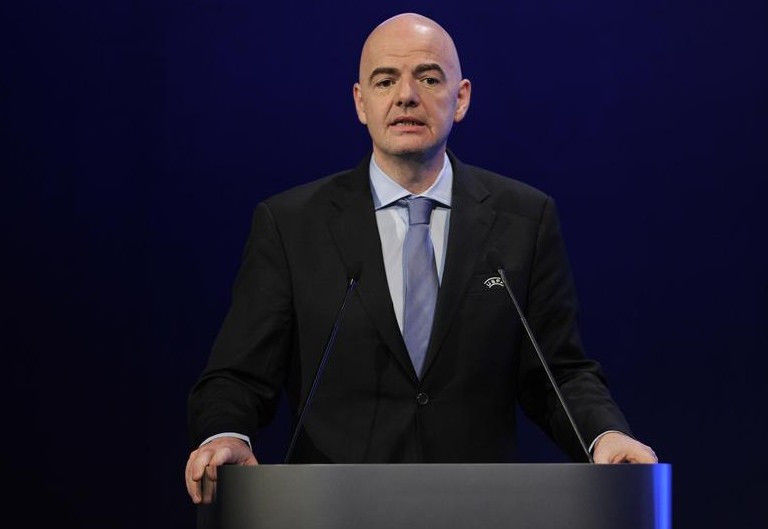 A former player for the Trinidad and Tobago national team, Nakhid, 51, studied at American University and has played in seven countries during his long playing career. He heavily criticized countryman Jack Warner who has since been indicted by the FBI and faces extradition to the U.S. on corruption charges during his time as vice-president of FIFA. Another outside shot but one who has connections across the globe.

The president of the Liberian soccer association doesn’t have the support of Africa’s federation who have spoken out against him. He was once banned for six months for failing to handle confidential documents properly but if he gets the votes of Africa ahead of Sewale, could be a shock contender.

A real outsider, Champagne was Sepp Blatter’s aide for many years but the Frenchman left FIFA in 2010. He tried to take on Blatter in the last presidential election but didn’t gain much support. Expect the 59-year-old to be one of the also rans.