We’re a dozen matches into the Premier League season, and there’s plenty of good topics to discuss as Week 12 looms this weekend.

From a high-profile derby to a new manager’s debut and more, there’s a lot to like about this weekend in the Great Britain.

Need we say more? Spurs and Arsenal are the two hottest teams in the Premier League, and they’ll tussle for city bragging rights at the Emirates on Sunday morning. The Gunners have an extra day’s rest on Spurs, but will be nursing the welts from a road beating at the hands of Bayern Munich (Tottenham plays host to Anderlecht on Thursday in the Europa League). Spurs lifted a point from this fixture last season, but haven’t won at the Emirates since 2010. A win for Mauricio Pochettino‘s visitors would pull Spurs to within two points of Arsenal.

Jose Mourinho’s side being in the bottom half of the table is going to be a storyline until he’s pulled the club out of its doldrums. A win on NBC against improving Stoke City at the Britannia Stadium could only pull the Blues up as high as 12th, but baby steps are the only option for Mourinho. As for the hosts, Stoke was saved by Jack Butland‘s heroics at Newcastle last week and could find itself in the Top Ten with a victory.

Changing of the Garde

Aston Villa’s brand new bench boss gets his Premier League baptism with a visit from Manchester City in what doesn’t set up to be much of a pleasant welcome for Remi Garde. The manager has banned the speaking of French to bring the side together, but the bottom-ranked Villans could be using foul language come to end of the day Sunday. Twenty-one points separate sides No. 1 and 20 on the table. Can the “new coach” effect help Villa make that gap feel smaller for at least 90 minutes? 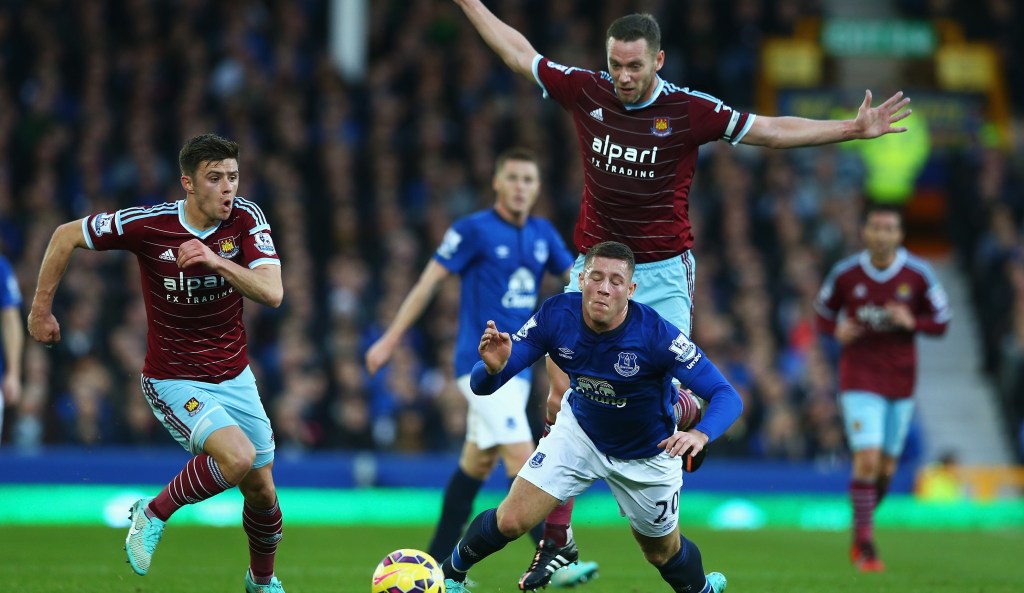 Everton and West Ham United both feel better than their table standing. The Toffees ran through a gauntlet of Liverpool, Manchester United and Arsenal before thumping woeful Sunderland last week. So they’ve largely failed their Top Five tests, but toppling a club who’s also seeking contender status would be pivotal. West Ham will be licking its wounds after a 2-0 setback against Watford that should be just a blip on the radar. Will it still look that way after a couple of hours at the Boleyn Ground?

Newcastle United has looked a lot better as of late, while Eddie Howe‘s Bournemouth has suffered a plethora of injuries to significant players like Callum Wilson, Max Gradel and Tyrone Mings. Steve McClaren‘s lone win of the season came in a 6-2 throttling of promoted Norwich City, and this is his third swing at a “new club”. A point separates these two clubs heading into the match in Southern England. Will the long journey South hurt the Magpies and be a boon to the Cherries?