Get ready to hear from Arsene Wenger as you’ve probably never heard him before.

Speaking to French outlet L’Equipe in their Sport an Style magazine, the Arsenal boss opens up not only about his views on soccer but life. It gets deep, real deep.

Wenger, 66, is currently in his 20th year as Arsenal’s manager and has coached the Gunners for more days than the rest of the current managers have coached their respective PL clubs combined. Along with the Q&A, Wenger was also shot wearing some rather trendy outfits in a fashion shoot. Like I said, you’ve probably never seen him like this and there’s not a huge padded jacket with a strong possibility of zipper problems in sight…

Below are a few snippets of the fascinating interview as Wenger reveals how upset he was when he realized he may not make it to the heights he hoped as a player (“I was 24-25 years old I thought: s*** if I can’t play football anymore I’ll commit suicide! I was thinking: what is the point of life after it?), how he doesn’t care for history, picking up English tendencies, his motivations on a daily basis and much more as he truly opens up about life on and off the pitch.

Take it away Mr. Wenger.

Does the fact that you were a professional footballer, but not a great player, give you more leniency, patience regarding what your team can accomplish?

AW: You can explain that by the relationship with frustration of a player who didn’t reach what he was striving for. Anything could have happened, however my career would have panned out, I would have stayed in football. Football was obviousness to me. A bit of a crazy obviousness. Sometimes, when I was 24-25 years old I thought: s*** if I can’t play football anymore I’ll commit suicide! I was thinking: what is the point of life after it?

AW: Seriously. I tried for a long time to understand how you could be that stupid. Simply because I was raised in a bar-restaurant that was the HQ of a football club. We only spoke about football. The guys sorted out the teams on Wednesday and Tuesday to play on Sunday. I was barely walking and already watching them, listening to them. And I thought: Wow, they’re going to play him on the left wing, well its going to be another tough one.

Did you get involved quickly in the discussions?

AW: Oh yes. By the time I was 4 or 5 I started being conscious of them and I began joining in when I was 9-10. I was locked in a culture where, unconsciously, I thought football was important in life. Because people only spoke about that.

Do you think about the end of your career as a manager? A new small death. You’ve just turned 66.

AW: I completely ignore that question. I’m kind of like the 34 year old guy who’s still playing. He has a bad game and everybody says “Time to hang them up mate!”. I don’t even ask myself the question of what I will do after because it will be a big shock. Much harder than switching from player to coach. Because this time, it will be about switching from hyperactivity to emptiness. That’s why I refuse to consider that question. I’m like a guy who’s not far from his goal, who keeps going and ignores the wall.
Now if I tell you Erik you have 24 hours to live. Will you imagine the blade that will slit your throat – during all of your remaining 24 hours – or will you try to live them to the fullest? It’s the question of the ending of life really. 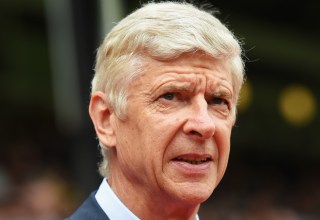 Why do you not keep anything from your past?

AW: It worries me a bit. If you come to my place, you could never guess I’m a football manager. If you ask me where my last FA Cup medal is, I don’t know. I think I gave it to the team doctor or the kit man.

It’s paradoxical for the manager of a club that has an acute sense of history and passing on.

AW: I’m very interested in the history of others. Mine I’m much less interested in. Because I know it and not going through it allows me to forget all the stupid things I’ve done. You avoid the feeling of guiltiness. I always found it a bit pathetic that people would tour their own museums and talk about all the good they’ve done in their lives.

Who else other than you will leave a mark of your career?

AW: My club will do it very well. Media are so developed nowadays that they will tell a story about me, even if it won’t necessarily be “my” story. The real one is probably more interesting because a lot of things are not known. My father, for example, used to collect everything that was written about me. Sometimes, I fell like I’m betraying him. Because I’m not interested in that. Maybe that will change. Who knows, maybe one day I’ll think: my friend, it’s time to pause and reflect on what’s happened.

AW: The most beautiful thing about my job is the power to pass on and influence the lives of others. In a positive way.

Earlier on, while you were getting dressed for the photo shoot, I was reminded of a quote by Mircea Lucescu, the Shakhtar Donetsk manager, about you: “Arsene is an aristocrat. He is not driven by the working class values of an Alex Ferguson or the aggressive nature of a Jose Mourinho. He tires to educate above all”. Do you recognise yourself in that description?

AW: I don’t deny that I’m first and foremost an educator. However, I don’t feel like an aristocrat at all. If you had lived with me, loading manure on carts, you would have understood. I try to be faithful to the values that I believe to be important in life and to pass them on to others. In thirty years as a manager, I’ve never had my players injected to make them better. I never gave them any product that would help enhance their performance. I’m proud of that. I’ve played against many teams that weren’t in that frame of mind.

Aristocracy can be a state of mind; it’s not necessarily inherited.

AW: I don’t deny what others feel, but feel like a kid from Duttlenheim who went running in the fields every day. Aristocrats had their heads cut off in France. I strive to pass on values. Not the right of blood. A civilisation that does not honour its dead or its values is doomed.

Precisely, you’re in England, and you didn’t keep your farmer’s outfit. You’re always impeccable on the bench on game day.

AW: Because I feel responsible for the image that football has, and the image that I want to give of my club. And also, football is a celebration. And where I come from, we dressed up on Sundays. I loved arriving in England and seeing the managers wearing suits and ties. As if they were saying, “Listen lads, our goal is to make a celebration out of this moment”. I joined in. I want that fan to wake up in the morning and say, Arsenal are playing today, I’m going to have a good time. That guy starts his day off by thinking that something good is going to happen to him. And to do that, big clubs have to have the ambition to play spectacularly. Of shared happiness. We don’t always succeed. 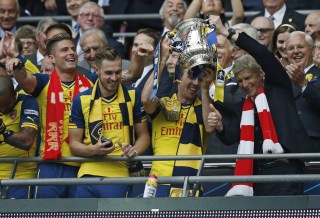 It took you some time at the beginning at Arsenal to get the club and its fans to follow your principle.

AW: Arsenal is a club with tradition that is not afraid of innovating.

Because you and David Dein, back then vice-president of Arsenal, but above-all your friend changed traditions.

AW: They were not scared of following me. That was a true act of courage.

They gave you time first and foremost. You’re starting your twentieth year at the head of Arsenal.

AW: Time is a real luxury. I give myself credit for one thing: I always treated Arsenal as if it belonged to me. I’ve been criticised for it. Because I don’t spend enough. I’m not carefree enough. I give myself credit for having the courage to apply my ideas and to fight for them. I can understand that people don’t agree. My great pride will be, the day I leave, that I’m leaving a good squad, a healthy situation and a club capable of performing in the future. I could have thought: I’m here for four or five years, we win everything, I leave and leave the club on the verge of bankruptcy. For me, consistency at the highest level is the true sign of a great club. Real Madrid didn’t win the title for 21 years before Di Stefano’s arrival in 1953 after all.

If you had to pick one moment in your career?

AW: Arriving in London with complete scepticism. My first league title, my first double. Going from “Arsène Who” to the one who became a pioneer. Being the first non-British coach to succeed in England.

And if there was a pain?

AW: Being questioned on everything that has been done after every single loss, despite the consistency we’ve put in our work at the highest level. The immediate “chuck it all out” reaction. You have to find a balance between your masochistic capability to endure what you’re being put through and the pleasure of accomplishment. Today, my masochistic capability must be bigger so as to express my passion. I’ve reached that point. I do many things that make me suffer.

Is that why you stay away from the media?

AW: Of course. Do you know someone who wakes up in the morning and says: Hey, I’d like to get fifty whiplashes.

You say you’ve been described as naive. Do you not prefer to be called an idealist?

AW: A guy said: “There is only one way to live with the idea of death, it is to try and transform the present into art”. That works with what we’ve just been talking about.