Okay, so maybe “mostly” is a better word choice, but you can’t help but feel like Saturday was one of the biggest days of top-tier tumult in recent history.

While Leicester and Arsenal surged, Manchester’s duo failed to impress and Spurs wasted a chance to climb into the Top Four.

Glenn Murray‘s late header shocked a dominant Chelsea side at Stamford Bridge, as Diego Costa‘s second-half entrance failed to help the Blues find their finishing touch. The win keeps Chelsea in a relegation battle, while Bournemouth leaps out of the drop zone.

Marko Arnautovic scored a pair of goals as the Potters handled a lackadaisical Manchester City at the Britannia Stadium.

Tottenham had one of the best looking goals of the day, but that’ll matter little as James McClean‘s equalizer ensured that Spurs would stay out of the Top Four. 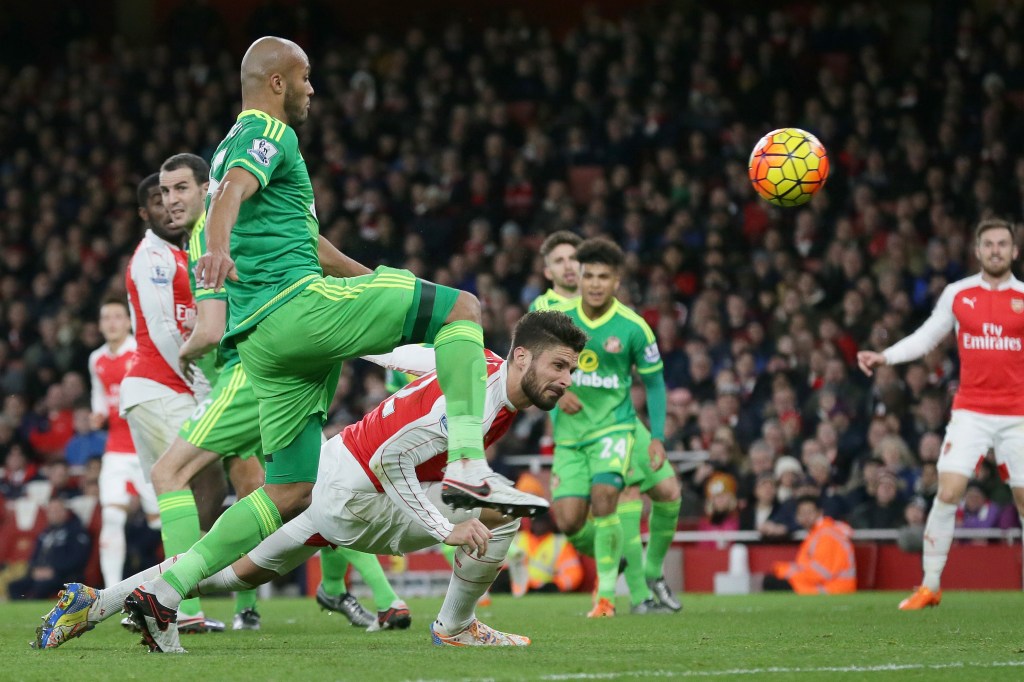 The Gunners are flying, and have to fancy their chances at winning the league now that only Leicester City is ahead of them. Olivier Giroud scored an own goal, but put one in the Sunderland goal as well. Joel Campbell and Aaron Ramsey also scored for the Gunners, and the Black Cats sank back into the drop zone.

Jamie Vardy‘s Premier League record for consecutive games with a goal is complete, but Riyad Mahrez reminded everyone that he’s been among the best players in the league all season by throwing down a hat trick and plunging embattled Swansea boss Garry Monk further toward the relegation zone.

Mauro Zarate missed a plum set-up for West Ham, and United missed everything else. Marouane Fellaini registered the only shot on target of 21 Red Devils’ attempts, and United wasted a chance to make a move on their noisy neighbors.

Odion Ighalo is a lock for PL team of the week after drawing a penalty and scoring a goal from the run of play. Troy Deeney had the PK goal for now mid-table Watford, as Quique Flores would be on pace for Manager of the Year honors in a world without Claudio Ranieri.

Saints fans won’t be happy that they needed Oriel Romeu to bail them out at home against Remi Garde’s beleaguered Villa, which got its goal from Joleon Lescott. The Villans still sit dead last in the Premier League, seven points back of 17th.