Top Four implications are usually in play when Arsenal and Chelsea meet, but it’s a bit different this time around for the London sides.

The Blues’ trip to the Emirates Stadium is the headline matchup in this week’s Premier League slate, and certainly fits in with our top five storylines for Saturday and Sunday.

Combined, these London Derby contestants have lost a total of one game in their last 12 Premier League contests, but surely it feels better to be a Gooner right now. Derbies can change the course of entire seasons, though, and if Guus Hiddink can conduct Chelsea into a road win here, won’t both sides be reexamining their statuses heading into the final week of the January transfer window?

The other London Derby comes a day earlier, and features a reeling Selhurst Park set hoping a derby result can help stop their three-match losing skid. Winless and scoreless in five, the Eagles will hope a return home helps them slow Spurs. Tottenham is on the PL’s best form over its last six matches. 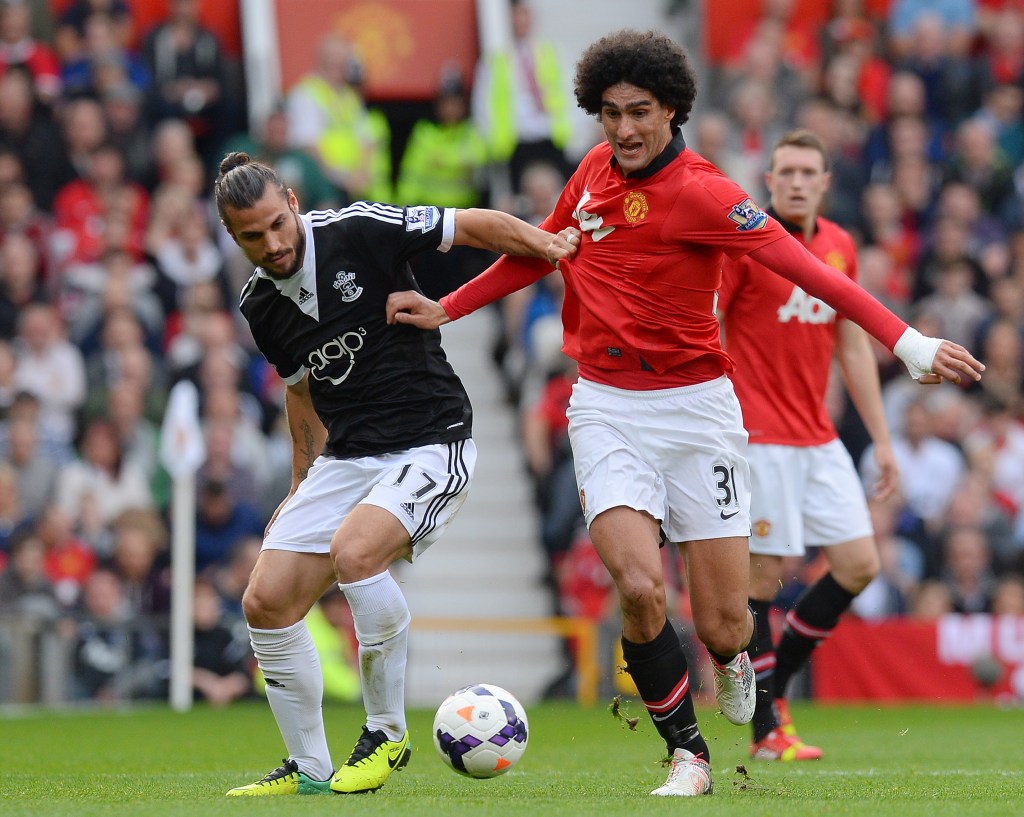 Will worry-free LVG and Man Utd continue its table run?

Sneaking up the table is the Old Trafford set, with Louis Van Gaal‘s oft-criticized crew unbeaten in four and hosting a Saints side which has posted back-to-back clean sheets. Wayne Rooney has been flying and the Red Devils will fancy their opportunity to put some distance between themselves and a jammed-up mid-table.

Stoke is no joke but, at home, the Foxes have been nearly unbeatable. The wins have been turning to draws lately, and Stoke has won at both St. Mary’s and Goodison Park in recent weeks. Will it be more powerful countering from Leicester against a potentially-electric group of Potters? Regardless, if Leicester wants to right its ship — relatively-speaking — it should probably start it Saturday at King Power. With Arsenal and Man City facing tough tasks once this one concludes, three points would be key to keep pressure high at the top of the table.

The Hammers looked out-of-sorts for a while against Newcastle United, and return home for a visit from surging City. Manuel Pellegrini‘s bunch is 3W-2D in its last five, and certainly thinking it could be back atop the table with all three points at the Boleyn Ground. Slaven Bilic‘s crew has been very good at home, though.