Saturday in the Premier League began with a memorable match that stood as hard to replicate, but that didn’t stop the league from providing several more strong efforts by the time Man City and West Ham wrapped things up at the Boleyn Ground.

The Bottom Three will remain the same, as will the Top Four, but this was still a day of emotional tumult for fans of clubs in the Premier League.

There are few words worthy of describing this majestic feast of football at Carrow Road, though to be fair “dreary defending” could also fit the bill. Liverpool trailed 3-1, then led 4-3 heading into stoppage time where Seb Bassong equalized before Adam Lallana stole three points right back for the visitors. This is one to remember for as long as we watch this wonderful sport.

Enner Valencia scored a pair of goals to put the hosts on the verge of sweeping City for the first time since 1963, but Sergio Aguero completed his brace to leave it level at the Boleyn Ground. The Irons are a point out of fifth, while City is level with Arsenal ahead of the Gunners’ Sunday derby versus Chelsea. 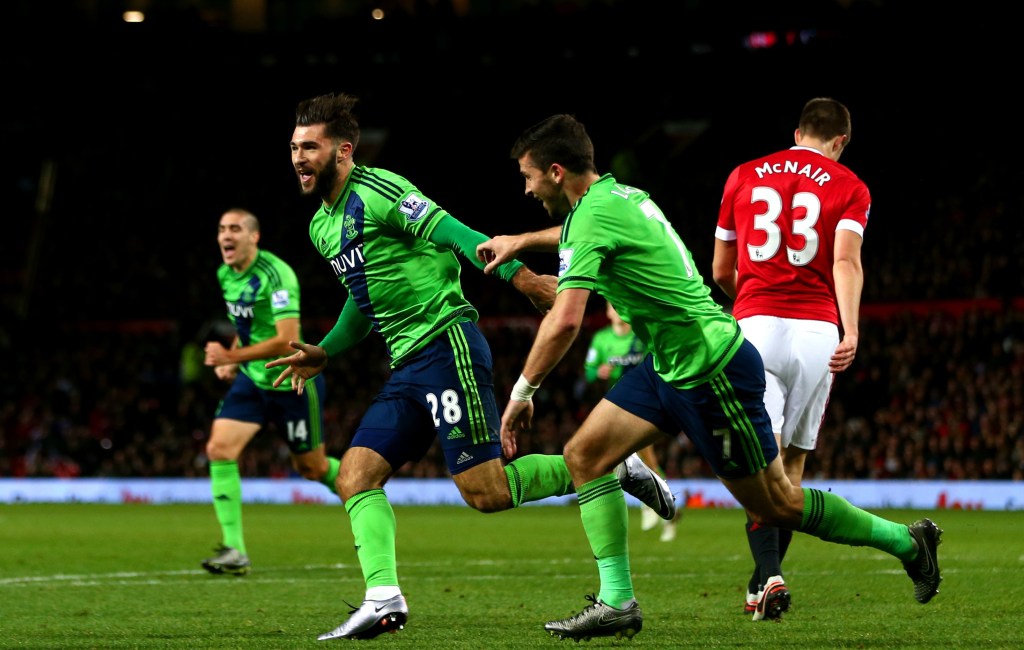 We barely had time to say, “How did Saints land Charlie Austin at such a bargain rate?” before the ex-QPR man pushed Southampton to three points minutes after subbing onto the pitch at Old Trafford. What a debut against Louis Van Gaal and United, whose miserable home form continued on Saturday.

The table toppers took a three-point lead on Arsenal for at least a day, as Danny Drinkwater opened the scoring before Jamie Vardy and Leonardo Ulloa scored to give the Foxes a league-best 47 points on the season.

Alan Pardew dropped to 1-5 in London Derbies this year, although at least Palace saw its goalless skid in the Premier League end at 482 minutes (albeit via an own goal). Harry Kane, Dele Alli and Nacer Chadli scored for Spurs, who sit fourth.

Newcastle fans will be screaming for finish, as the Magpies had another morning of controlling the play and manufacturing chances only to lose. Odion Ighalo scored just after halftime on a nice feed from Troy Deeney, and Craig Cathcart made it 2-0 before Jamaal Lascelles pulled one back for the visitors, who remain in 18th place.

The Black Cats will take their point, as Patrick Van Aanholt scored his fourth goal of the year to offset hot newcomer Benik Afobe‘s tally for the Cherries.

The Baggies sat back and were controlled by lowly Villa, and Tony Pulis has done little to further endear himself to a fan base that prefers at least a bit of style. But West Brom is clear of the drop zone in a critical year for all teams to stay Top 17.