The biggest secret in the soccer world is out.

Pep Guardiola, 45, will be Manchester City’s head coach for the 2016-17 Premier League season with the Spanish coach signing a three-year deal.

The news broke on Monday, as Transfer Deadline Day was dominated first by the rather nonchalant and typically classy announcement from Manuel Pellegrini that he would leave City at the end of this season and moments later Guardiola was named as City’s new boss.

Already an aura of invincibility is surrounding City with the appointment of the former Barcelona and current Bayern Munich confirmed.

Before we get in to the nuts and bolts of how and why Pep will push City into the elite of European and World soccer, a word must be reserved for Pellegrini. A banner has been held up by Man City fans of a smiling Pellegrini under the words “This Charming Man” which is a reference to The Smiths and their song of the same name.

Pellegrini, 62, is charming and has been a breath of fresh air in the PL over the last two-and-a-half-years. The Chilean boss arrived from Malaga with plenty to prove but delivered a PL title and a League Cup in his debut season in England, finished second last season and City has a real chance of completing a quadruple this campaign. All three seasons they have made it into the UEFA Champions League knockout stages — something they’d never achieved before — and when we look back at his time in charge, his class, grace and ability to manufacture a team who play silky, attractive soccer will be at the forefront of our minds. He won’t find it hard to get a top job this summer.

When Guardiola takes over from Pellegrini in July, he will be taking charge of a team in very good shape thanks to the astute Chilean coach and his staff. The likes of Sergio Aguero, Kevin De Bruyne and Raheem Sterling are all approaching or are years away from their prime and the man who made his name at Barca is well known for producing teams who press high up the pitch and pass the opposition to death.

That ideology fits in very well with the players City possess — it will need some tweaking, here and there — and if Vincent Kompany can stay fit and a few defensive additions can arrive, City will not only thrive in the PL under Pep but also in Europe. City have won two PL titles in the last three years but conquering Europe is the main aim and employing a man who has dominated in Spain and Germany during his coaching career makes perfect sense.

There’s no secret that getting Guardiola to the Etihad Stadium has been City’s long-term plan to do just that. Getting Guardiola on board is a once in a generation opportunity. 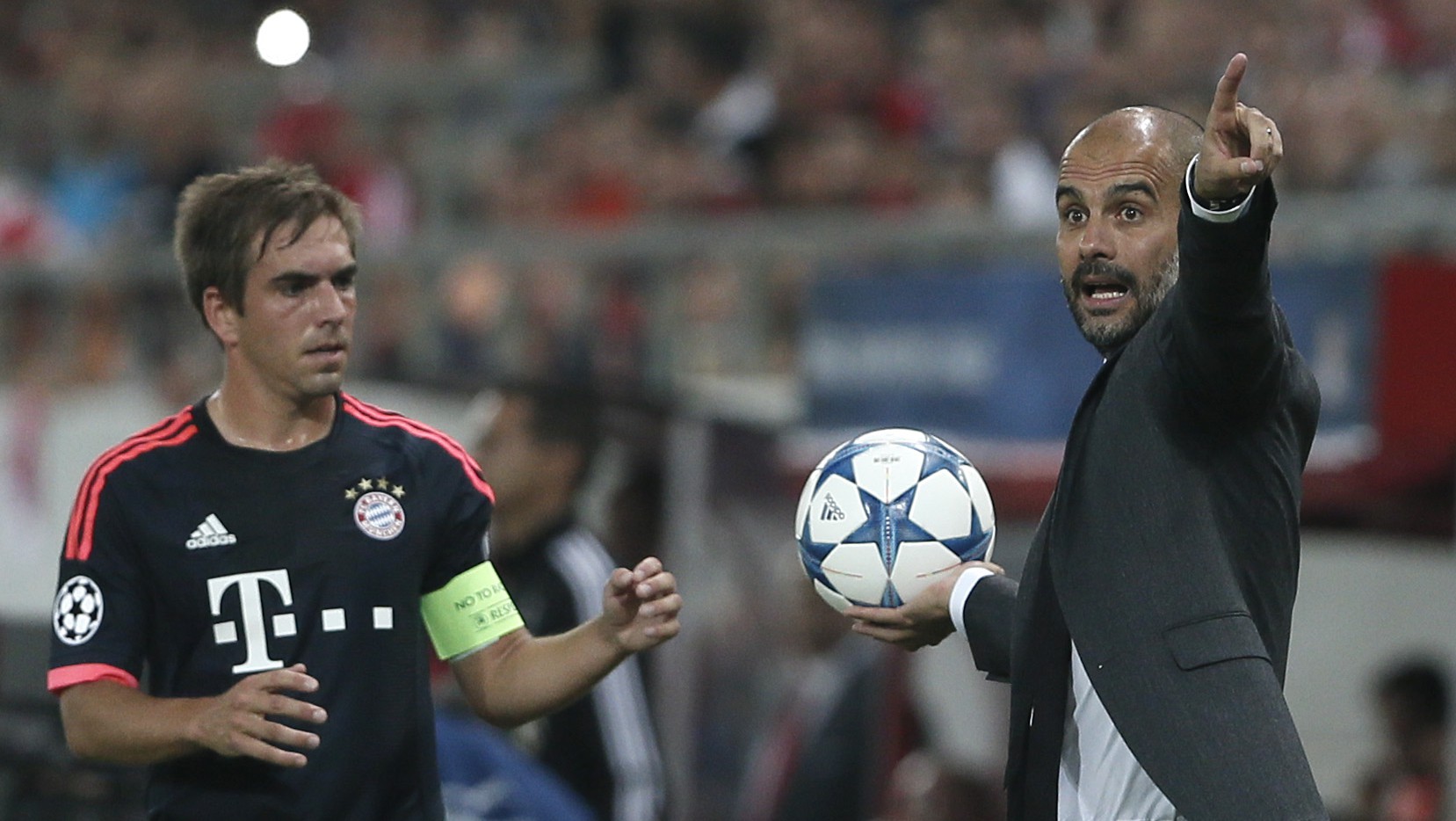 Back in 2012 the Abu Dhabi-based owners placed Catalan duo Ferran Soriano and Txiki Begiristain in charge of the soccer side of the club as directors mainly due to their close links with Guardiola whom they worked with at Barcelona. That factor was a huge bonus in fending off interest in Pep from Manchester United and Chelsea who are both now looking over their shoulder enviously towards the Etihad.

In the actual news release on Monday, City confirmed negotiations with Pep were well under way back in 2012 before he decided to take a sabbatical and then join Bayern Munich. Getting Guardiola on board was part of the master plan and he can take them to the next level. Make no mistake, the initial deal may be for three years but we are now talking about a man that City want to be the figurehead of one of the greatest soccer dynasties the world has ever seen.

They have the facilties at their world class City Football Academy and the Etihad, they have the huge financial input from Sheikh Mansour and now they have the best coach on the planet.

What is perhaps the most exciting aspect of luring Pep to the Premier League is not only how he will nurture and get the best out of City’s hugely talented current squad, but who else he may entice to join him. Lionel Messi flourished under Guardiola and if the Argentina superstar ever fancies a move away from the Nou Camp then it would be to link up with his old boss at City. Sure, it would be the most expensive deal in history but it could happen with Guardiola in charge.

Andres Iniesta, Gerard Pique and Sergio Busquets are other names from Guardiola’s dominant Barca teams who could arrive, and then there’s the likes of Robert Lewandowski, Thomas Muller and Phillip Lahm at Bayern Munich. His work as a coach doesn’t suit every player and he’s known to be demanding and controlling but boy, does it get results. In his six-and-a-half campaigns as a coach Guardiola has won 19 of the 30 competitions he’s challenged for. That’s an incredible 63 percent success rate.

He has delivered trophies wherever he has coached and now he has the chance to deliver a glut of titles to a club who have been desperately building up to this moment and now aim to dominate the global game with not only their financial power off the pitch but their play on nit.

Pep meshes everything together and the announcement he’s arriving comes after years of hard ground work being laid to finally get their man.

City have been close to joining the elite clubs on the planet for some time. With Guardiola’s arrival, they’ve finally done it.