Sergio Aguero and David Silva gave Manchester City a pair of invaluable away goals in a 2-1 UEFA Champions League Round of 16 win over Dynamo Kyiv at NSC Olimpiyskiy on Wednesday.

Vitaliy Buyalskiy netted for Dynamo Kyiv, but Joe Hart made a key save on him late to put City in the driver’s seat ahead of a March 15 second leg at the Etihad Stadium.

Dynamo will lament their set piece defending on the opener, as David Silva’s free kick was headed into the path of Aguero, who trapped and finished the shot to make it 1-0.

Yaya Toure had a low shot saved by Oleksandr Shovkovskiy, who parried the ball back into play with no further damage.

Silva picked up road goal No. 2 on a wonderful team move. Aguero deftly collected a long aerial ball and backheeled for Raheem Sterling, whose passed through the six nutmegged a defender en route to its Spanish carrier into the back of the net. 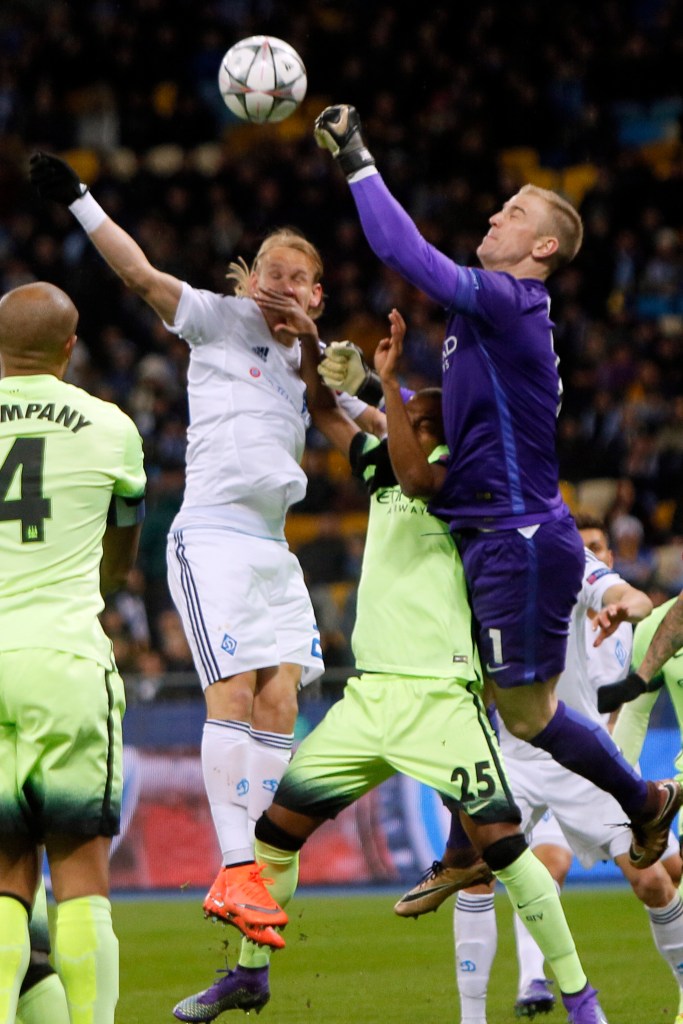 Aguero missed a nail in the coffin moments later.

Shovkovskiy made a pair of close-range stops on Aguero in the 77th minute to keep Dynamo within one, but City was buzzing.

The hosts started to buzz themselves as the game edged into the final 10 minutes, with Joe Hart making a magnificent horizontal save on Buyalskiy.

But Toure cut through the Dynamo defense with a physical dribble and bending shot to give us our final score.